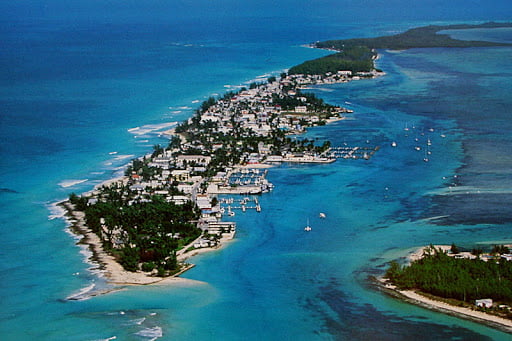 NASSAU, BAHAMAS — Business owners on Bimini yesterday said they would not oppose another lockdown or other restrictive measures to curb the surge in cases on the island, with one businessman telling Eyewitness News, “If they need to lock this place down then so be it.”

The island was placed under a two-week lockdown back in May after cases on the island began to rise.

At that time, there were 13 confirmed COVID-19 cases on Bimini, which was labeled as a COVID-19 hotspot.

As of Sunday, there were 11 new COVID-19 cases on Bimini & Cat Cay, which business owners and residents told Eyewitness News stemmed from a church convention on the island.

Additionally, a video surfaced on social media purportedly of a recent party on the island where scores of people were seen partying without masks. That incident resulted in a number of citations being issued.

Ebbie David, owner of Ebbie’s Bonefish Club in Bailey Town, told Eyewitness News: “One life lost to this virus is too many. If we need to lock the place down to save lives then so be it. People need to understand that this thing isn’t going away right now. People really need to take this thing seriously.”

Lorrick Roberts, owner of Dolphin Golf Cart Rentals, said: “If the people don’t follow the protocols then the competent authority needs to do what it has to do. Our biggest problem on this island is enforcement. It’s ridiculous what’s going on here. There were a number of people who tested positive for the virus after attending a church convention. Then there was the party. Who knows what may stem from that? We need to seriously get a handle on this.”

Sarahlee Pinder, owner of Poppin’ Fresh Pizza, said: “I operate my pizza business from [home]. Pizza is a delicacy and business has been non-existent. If the people won’t listen then the island needs to go back into lockdown.”

Another business owner, who wished to remain anonymous, said: “From my perspective, I don’t think it was fair for the people at the party to be charged and not the people at the church convention. That is where the cases we have now came from. I don’t know what the rules are for churches but it doesn’t seem fair to me.”

The islands of Eleuthera and most recently Exuma have recently seen COVID-19 restrictions reimposed due to a rise in cases.

Once again, reporters find a couple of people to toe the party line and then say business owners in general are in agreement. Most people are not in agreement to lose their livelihood, their freedom, businesses…… we are almost Junk status; what do you think will happen to our dollar if we drop one more time?