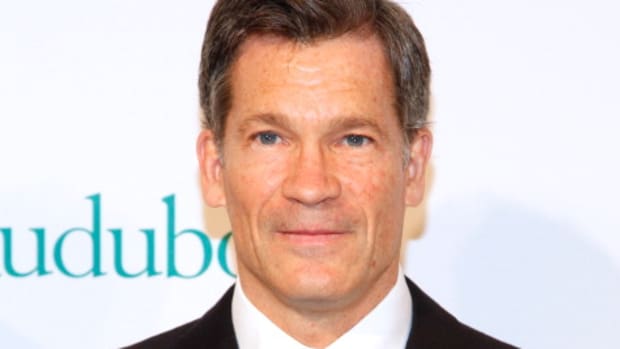 A New York Times article, “How a Neighbors’ Feud in Paradise Launched an International Rape Case”, reveals that the lawyers and investigators attached to the federal lawsuit were funded in part by Bacon.

The exposé was released on Sunday and details the allegations surrounding the federal lawsuit within the context of the longstanding feud between the pair.

“I admire the brave women who had the courage to share their stories with The New York Times,” Bacon said, in a statement.

“I was not looking for this fight, but once I heard repeated, credible reports from disgusted whistleblowers that Mr. Nygard was abusing young, vulnerable women, I could not ignore this disturbing information.

“I sought to help and empower the alleged victims by connecting them with appropriate law enforcement authorities. That is where this matter belongs.”

The class action complaint, filed in a Manhattan Court on February 13, accuses the Canadian fashion tycoon of using his wealth and political influence in The Bahamas to lure, rape and sodomize more than 10 women, most of whom were underage guests at his infamous Nygard Cay “pamper parties”.

“Investigators and lawyers tied to Bacon offered Nygard associates generous incentives to build an abuse case against the Canadian — Cartier jewelry, a regular salary or a year’s rent in a gated community, according to documents and interviews,” the New York Times article states.

“Smaller payments filtered down to some accusers, which could be used to undermine their credibility in any court case or investigation.”

Additionally, the article furthered that Nygard used his wealth to intimidate critics and buy allies.

“He had employees sign confidentiality agreements and sued those he suspected of talking,” it said.

“Multiple women said he had handed them cash after sex, helping to buy silence. And he paid tens of thousands of dollars to people providing sworn statements to use against Bacon in lawsuits, according to court records, interviews and bank statements.”

The article also outlines other accusations of sexual misconduct against Nygard leveled over the past four decades – occurring in Canada and California – though he has never been convicted.

Not only does the over 4,000-word expose reveal the role Bacon played in the lawsuit in question, it also points to Bacon’s relationship with prominent human-rights lawyer Fred Smith and earlier efforts to target Nygard.

Among those efforts, according to the piece, was the hiring of a Texas security firm called TekStratex, “to push American law enforcement officials to investigate him for sex trafficking”.

Bacon’s team shelled out about $6 million for this move, the report stated.

The New York Times said the FBI briefly looked into Nygard twice, along with the U.S. Department of Homeland Security in 2016.

“To help the inquiry, the Bacons moved five witnesses — two former Bahamian employees of Nygard and three former girlfriends — to the United States and covered their living expenses,” the article noted.

However, the Homeland Security investigation was suspended due to “unforeseen circumstances” and “lack of prosecutorial evidence.”

The article notes that soon after this failed, focus shifted to shoring up the sex-trafficking suit.

“By last summer, Smith and the private investigators had introduced about 15 Bahamian women to American lawyers at the DiCello Levitt Gutzler firm,” it stated.

“They were planning to bring a lawsuit in New York, where Nygard’s company had its corporate headquarters.”

The report stated that the Bahamian lawyers and investigators in the case were not paid by the Bacons directly but were paid by a nonprofit Smith created, called Sanctuary, “to support sexual assault victims; both he and Bacon donated generously to that”.

“The private investigators and Smith compensated two witnesses who found alleged victims: Litira Fox, a former girlfriend of Nygard’s who said she recruited for him, and Richette Ross, a former massage therapist at Nygard Cay who said she did the same,” it said.

“Ross did well. After she told Smith that unknown assailants had shot up her former home, killed her family dog and broke into her car in different incidents, Smith moved her into a gated community, paying $5,000 a month.”

However, the article indicated that Ross told a similar variation of the story to Nygard two years earlier and was given $10,000 and told to report the matter to police and “put in a charge against Bacon”.

The report further revealed that Ross was also paid $500 a week by Smith, “to work on another potential lawsuit against Nygard, this one for workplace abuses”.

Ross was also closely involved with two of the witnesses being vetted for the case against Nygard, according to The New York Times.

Marvinique Smith reportedly told lawyers, investigators and local police that in 2010, at the age of 15,  she attended one of the infamous pamper parties where Nygard allegedly had sex with her.

Her sister Marrinique, who was 10 at the time, recounted being allegedly raped by Nygard “as cartoons played on TV”.

However, the sisters later claimed that Ross had paid them to “make everything up” after suggesting that they could collect as much as $500,000 in a settlement.

The sisters claimed Ross coached them on “Nygard’s pickup lines, bedroom layout and sexual proclivities” and were paid $150 – $350 for every meeting, but confessed because the payments stopped and they felt “guilty and scared”.

The article noted that Ross also had undisclosed connections with four other women she brought to the lawyers, who were all were included as plaintiffs in the lawsuit

Smith reportedly acknowledged giving $1,000 collectively to four or five alleged victims for their “time and expenses”, according to the article

Smith did not respond to Eyewitness News’ request for comment up to press time.

American lawyers defending the case reportedly told the New York Times that they have no financial ties to Bacon, and have never paid any accuser or witness in the course of their investigations.

The Lyford Cay feud can reportedly be dated back as early as 2009: when a fire damaged parts of Nygard Cay and Nygard was not allowed to rebuild – which he blamed on Bacon whom he shares a driveway with.

The rivalry continued to play out in both international and local headlines through lawsuits, staged protests, media ads and the 2016 murder-for-hire plot.

Where were the parents of these children?.They should be investigated also and locked up if found guilty. It’s a crying shame that little girls ages 10 and up should have and did suffer thus cruel torture of sexual dogma. I blame our governments also because both of them knew what was going on.

How about blaming the pervert(s) involved. (Allegedly)

Fred Smith seems to be deeply involved in ensuring Peter Nygard is destroyed. Everyone knows Louis Bacon is his #1 client and has made him incredibly rich. All the conniving methods of orchestrating one man’s downfall will come to light. The mzjor difference being Bacon has billions fro playing the stock market while Nygard worked hard for the millions he earned. Was Hugh Heffner (his friend) persecuted in his old age for being a playboy who loved beautiful women? Nygard is paying sweetly for enjoying a busy social life including loud parties. His biggest mistake was trusting greedy humans always looking for more), and upsetting Lyford Cay white oligarchs (like Bacon) by daring to allow the black majority to enter their hallowed gates. Historically this has been unacceptable unless it’s the lowly hired “help”.

Fred Smith seems to be deeply involved in ensuring Peter Nygard is destroyed. Everyone knows Louis Bacon is his #1 client, and has made him incredibly rich. All their conniving methods of orchestrating one man’s downfall will come to light. The major difference being Bacon has billions from playing the stock market, while Nygard worked hard for the millions he earned. Was Hugh Heffner (his friend) persecuted in his old age for being a playboy who loved beautiful women? Nygard is paying sweetly for enjoying a busy social life including loud parties. His biggest mistake was trusting greedy humans (always looking for more), and upsetting Lyford Cay white oligarchs (like Bacon) by daring to allow the black majority to enter their hallowed gates. Historically this has been unacceptable unless it’s the lowly hired “help”.

Can’t readers figure out Fred Smith was likely asked to jump on the “me too” band wagon? It’s becomming fashionable these days to accuse every successful super rich man of being a serial rapist. For the love of money is the root of all evil.