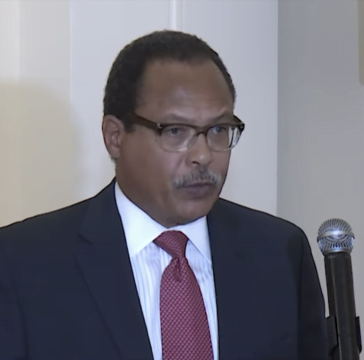 NASSAU, BAHAMAS – The Bahamas Hotel and Restaurant Employers’ Association (BHEA) on Wednesday refuted claims made by The Bahamas Hotel Catering and Allied Workers Union (BHCAWU), that a new industrial agreement would remove the 15 percent gratuity that some hotel employees now enjoy.

Russell Miller, President of the BHEA, said the claim was a deliberate attempt to stir up sentiments around an issue that does not exist.

“This [15 percent gratuity] is not a part of the BHEA proposal,” Miller explained.

“Apparently, the union made an uninformed assumption and chose to mislead their membership in order to rile up the fears of our team members and secure support for a strike vote.”

Millers comments came at a press conference held at the British Colonial Hilton Hotel, to help persons understand the various issues that the Employers Association and the Hotel Union are presently facing.

Nearly two weeks ago, members of the hotel union burned its industrial agreement, stating that they were not pleased.

The proposed industrial agreement in relation to gratuity reads, “The method of distribution of the monies thus collected shall be a matter of agreement between the UNION and the MANAGEMENT in each respective property.”

The counter proposal states that, “The Union and Management of each respective property will agree on how the amounts collected for service charge will be distributed among staff and in so doing, give particular attention to monies placed in the Room Division Pool as well as having regard for the current distribution formula.”

Miller said as a result of the inaccurate depiction of both the new industrial agreement and the industry’s counter proposal, the BHEA was left with no other choice but to go to the media to defend themselves.

“Our collective bargaining unit workforce deserves to hear the facts as it is that group of individuals whose lives will be most impacted by the outcome of negotiations,” Miller said.

The BHEA and the Hotel Catering and Allied Workers Union had reached an impasse with negotiations for several weeks now on their newly proposed industrial agreement. An agreement that, according to Miller, is six years behind schedule.

“Of critical importance is to remind the public that the current Union Agreement expired on January 7thof 2013. Yes, more than six years ago [and] the process called for the union to submit their proposal for a new agreement to the BHEA by October 8, 2012 which they failed to do so, and as a result their members were left without a valid industrial agreement for no reason other than the Union had not submitted a proposal.”

In fact, Miller said is the union had not submitted proposals for the new proposed agreement until late December 2018 and some were submitted as late as January 2019.

“Once received, the industry membership wrote to the union in February, letting them know that the BHEA members were actively examining the proposals received and would respond collectively as members of the BHEA,” Miller said.

He added that both parties met on March 15thwhen the association informed the union that they were in the process of completing a counterproposal to that which was proposed by the union. He said that the union had accepted the association’s position; however sometime between March 15thand April 18th, the union filed a dispute along the basis that the association had not commenced negotiations.

Miller said that the Association delivered their counterproposal on April 17.

“It is important to again note that up to that moment, the Union had not even acknowledged the receipt of the BHEA counterproposal,” Miller claimed. “The BHEA was notified of the filed dispute on May 7th, 2019 when a notice was received to appear at the Department of Labour on May 15th, 2019 to address the matter.”

Miller said that during the meeting, it was agreed that the dispute was baseless and negotiations would commence.

He said that parties also discussed dates for the commencement of negotiations.

“It was discussed that the BHEA’s lead negotiator, Mr. Michael Reckley, would be away on vacation in June and the first available dates to commence negotiations would be in the latter half of June.”

To this end, Miller said Reckley’s office sent a proposal to the union on March 17th, later proposing June 27thas the meeting date. However, he added that the union disregarded Reckley’s letter and issued a letter proposing that negotiations commence on June 4th, 5th, and 6th, 2019.”

Yesterday, Miller said to date, negotiations have not commenced.  He said, however, that he hopes his remarks would put an end to any and all allegations and pave the way for an orderly negotiation process to commence.