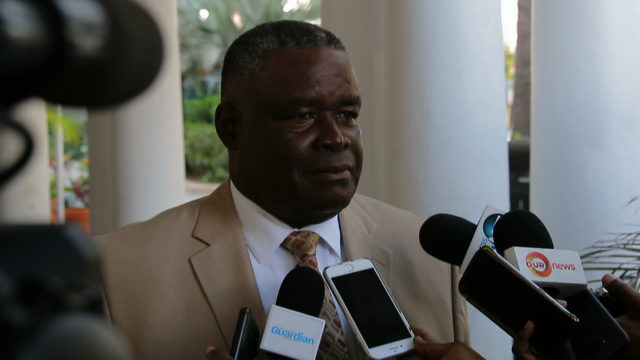 Rolle renews pledge to pursue employers who fail to pay

“Again, I urge individuals to go to NIB to make the arrangements to do the payment, so we can all live happily ever after.”

The board has committed to strengthening its enforcement and compliance unit in 2019/2020 and plans to pursue non-compliant employers, particular those with large arrears, said Rolle.

In the interim, he urged employees to go to NIB to verify their contributions or do so online.

The minister said another pressing concern for NIB is self-employed individuals who do not pay NIB contributions for themselves and their employees.

He stressed that NIB is only able to fulfill its mission as an income replacement program that assists Bahamian workers during difficult periods of their lives, when employers/workers pay into the fund.

“At the end of the day Mr. Speaker, your employees will depend on these funds, indeed for self-employed person, but I am speaking to the taxi drivers, the straw vendors, contractors, the lawyers and others,” Rolle said.

“I just want to remind them that nothing is more tragic than having not made contributions, then to realize at the age of 65 that there is no retirement benefit at the NIB Board for you.

“Imagine for a moment how daunting that would be to anyone.”

Rolle urged compliance, saying it is not only a legal requirement, but “the right thing to do”.

Rolle said the direction NIB is headed is abundantly clear and it must course correct.

The social security agency has operated at a deficit for a number of years.

NIB’s annual report for 2016, which was tabled in Parliament last year, showed that NIB had a near $20 million decline in investment income that year — the largest decrease in contribution income in nearly a decade.

To this end, the minister said NIB and its technical staff plan to explore the several issues, including occupational health and injuries on the job.