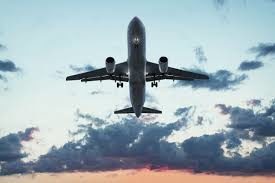 NASSAU, BAHAMAS — Funding for the recent trip to Bermuda by Prime Minister Philip Davis and a delegation of government and Progressive Liberal Party officials will be fully reimbursed within the next two weeks.

Press Secretary Clint Watson gave an update on the controversial trip at the Office of the Prime Minister press briefing on Thursday morning.

“I’ve been made aware that the Progressive Liberal Party is fully aware and ready to make the reimbursement they are waiting for the paperwork from Foreign Affairs to be sent to them as to the cost and the transaction will take place,” he said.

Watson said that the Minister of Economic Affairs’, who has been traveling recently, is seeing it through and that the Prime Minister has already conducted a follow-up this week.

“I do know the Prime Minister this week made a call to ensure that it happens, so I suspect that should happen within the next week and a half, two weeks,” Watson said.

The press secretary explained that the Prime Minister will make a presentation and provide more details once all the information is collected, and they have the invoices on how much the trip cost and the transaction is made.

“He’s going to do it himself once the transactions have been completed,” Watson said.

“Prime Minister is committed to coming back to the Bahamian people either through Parliament and updating them on what transpired.”

A delegation, including former Prime Minister Perry Christie, traveled to Bermuda on October 19 and returned on 20 for what was billed as an official visit but saw Prime Minister Philip Davis speak at a political convention for Bermuda’s ruling Progressive Labour Party.

A reimbursement cheque from the PLP in the amount of $24,750 was submitted but did not cover the full cost of the travel.

Last week, Davis told Parliament he has instructed a ‘tightening’ of the long-standing practice of travel reimbursement for public officials.

“In relation to travel for public officials, we have recently learned of two instances where travel was conducted for political purposes rather than official business,” he said.

“Although there has been a long-standing practice across several administrations of reimbursing such expenditure, I have instructed a tightening of this practice, so as to avoid even the appearance of impropriety. In the two cases I have mentioned, the sums of money involved were very small, but it is the principle itself which I think important to uphold,” Davis said.