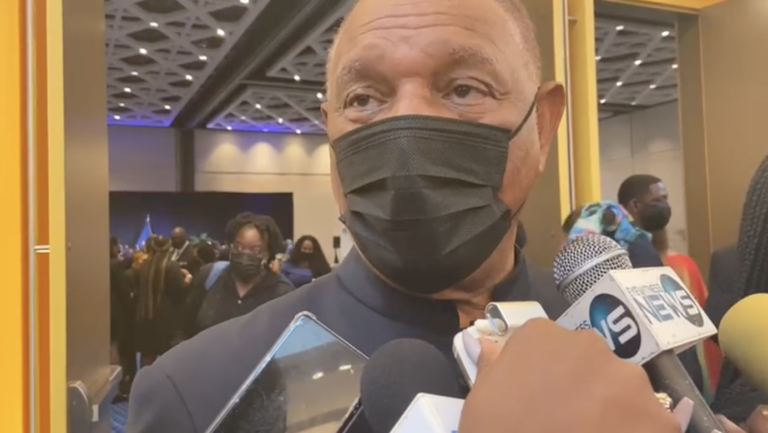 Official results from the 2021 General Election have not yet been released by the Parliamentary Registration Department at this time; however, voter turnout stood at 63 percent last night based on the unofficial count.

Jamaica held elections last September with a voter turn out of some 38 percent returning Prime Minister Andrew Holness and the Jamaica Labour Party to the government in a landslide victory.

Christie said at that time, he was confident The Bahamas would never have such an experience.

“But what is now happening is that people are not happy, not satisfied, and they elect not to vote for the other side, many of them just decide I’m not going to vote,” he said.

“And so what is happening is there is a demonstration of another kind of manifestation in our country in that people make a statement by not turning up to vote, and that is a very very major new development in our country. And it is something we must be careful about.”

Notwithstanding the lessons, Christie said the “happy point” remained that the country had yet against demonstrated its vibrant democracy.

He said he was confident of former Prime Minister Dr Hubert Minnis’ defeat at the polls by early afternoon on Election Day as it was clear Bahamian voters would follow historic trends and “flip again”.

Christie spoke with reporters at a swearing-in ceremony at Baha Mar that he went to find Minnis and ask him if he needed help writing his concession speech.

“About two o’clock in the afternoon on Election Day I went looking for Prime Minister Hubert Minnis,” he said.

“I went and I found him at a polling station with his supporters and I said I have come to tell you, you have lost the general election and that was around two o’clock.

Christie continued: “I said Brave Davis will be the next prime minister and I come my friend to say to you if you would wish me to help you with your concession speech, I am prepared to do that.

“He looked shocked and he said I’m going to beat Brave Davis, and that’s when I realized that we were on two different planes.

“The point is I was able to do that in The Bahamas with the outgoing prime minister in very few countries you can do that.”

Based on unofficial numbers, the Progressive Liberal Party’s won 32 seats in September 16 polls in a landslide, with the FNM retaining only seven of the 35 seats the party won in its 2017 sweep.

At Baha Mar today, Christie was asked whether he thought the incoming administration should set a fixed date for elections given the suddenness of the snap election and its impact on voter registration.

He said: “I’m sure (Davis-led administration) will because if you want to survive you must know and believe that in the last 24 and a half years no government has won a consecutive term. The people of The Bahamas are giving you historically one opportunity.”

Christie said: “And we have to try to determine what is it that is causing that to take place and I was able to say a month of two before the election that the FNM and Prime Minister Minnis were on the wrong side of history, that if history remains true Brave Davis will win the general election because the people of The Bahamas will flip again.