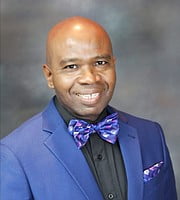 NASSAU, BAHAMAS – Just days before the Labour Day holiday, Dino Rolle, president of the Bahamas Communications and Public Officers Union (BCPOU), led a protest outside of the Bahamas Telecommunications Company (BTC) headquarters, expressing fears that contracted workers will soon be made redundant.  And at last Friday’s Labour Day parade, Rolle expressed fresh concerns, claiming once again that layoffs could be imminent at the telecom’s operator, but the union is being kept in the dark.

“The union is extremely disappointed in the approach that the company is taking in launching another downsizing exercise,” Rolle claimed shortly after last Friday’s Labour Day parade.

“Based on what we are hearing, the company [may be] contemplating a mass exit to the tune of some 200 or so persons.”

Rolle said he wants to know when this reported exercise is expected to get underway, as the union has not received a definite answer.

“We were told that we should expect this to happen forthwith,” Rolle claimed, adding that the union is not pleased with this ‘blatant act of disrespect’ and is therefore prepared to fight.

“The union, in fact, both unions, the BCPOU and BCPMU, have already filed trade disputes and that [protest last week] is our first action,” Rolle said.

Last week Monday, June 3, membersof the BCPOU protested outside of BTC’s headquarters, expressing fears that contracted workers at BTC will soon be made redundant. But at Friday’s Labour Day parade, Rolle said the entire staff – not only contracted workers – could be subject to receiving walking papers.