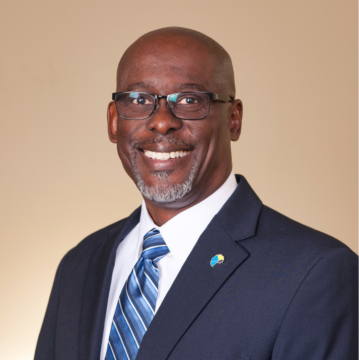 Moxey says fuel surcharge should remain around 19 cents per kWh

NASSAU, BAHAMAS – Bahamas Power and Light (BPL) Chairman Dr. Donovan Moxey’s announcement that there are no anticipated load shedding exercises scheduled for this summer is welcomed and “refreshing news”, according to the Bahamas Chamber of Commerce and Employer’s Confederation’s Chief Executive Officer Jeffrey Beckles.

However, Beckles told Eyewitness News Online that the business community is still very skeptical about the prospects of that panning out.

“The BCCEC appreciates all that BPL is doing to mitigate such occurrences, but the memory of the very challenging Christmas shopping season is still very fresh in the minds of most business owners and none of them wish to see that occur again as there were tens of thousands of lost sales attributed to the loss of power over the holidays,” he said.

“The recent celebrated uptake in tourist arrivals suggest that our numbers will continue to hold strong through the summer months, which means that more rooms [will be] occupied and that translates into heavier demand.

“So, we are anticipating that BPL will hold true to its word and mitigate the shedding exercises.

“We are hopeful that the additional assets that the chairman promised will be installed well before the temperatures rise for summer.

“But, not only are we concerned about the business community, we are equally concerned about everyday Bahamians whose lives are affected by power loss, regardless of the cause.

“There are no winners when these things happen in our community.”

In an interview with the Broadcasting Corporation of The Bahamas, Moxey said as part of the power providers summer plans, several key generation assets are being maintained and several more rental generations will be brought in to address the summer demand.

“So, from our prospective, we are doing everything that we can in order to prepare for the load that we require to deliver during the summer months,” he said.

He added, “We do not expect any load shedding.”

The chairman also addressed the cost of electricity and what consumers could expect in the coming months.

He reminded the public that while the rates of electricity in The Bahamas have remained the same, bills have been impacted by the fuel surcharge.

At current, the fuel surcharge has been maintained at around 19 cents per kilowatt hour.

“We believe that surcharge will remain the way it is,” Moxey said.

“And so, one of the things you will being seeing BPL doing here relatively shortly is talking about energy conservation — the things that people can do to make sure their consumption as low as possible.”

Yesterday, the BCCEC top executive said the business community remains hopeful that BPL will address what he called the heavy cost burden placed on consumers.

“While we are cautiously optimistic about the summer based on their stated plans, we are also very mindful that the high fuel surcharges continue to be a major issues for both business and residents alike,” Beckles noted.

“The BCCEC realizes the challenges faced by BPL and is very cognizant that they must balance the fact that they are a part of our business community as well, as they are a service provider that provides a critical service.

“We continue to provide support wherever we can and remain hopeful for a better summer but, more importantly a much improved and more cost-effective energy solution for the country.”

Brent oil prices closed at $70.61 a barrel this week, while crude oil closed at $63.98 per barrel — a high point in the last five months.

However, in its latest short-term energy outlook, the United States Energy Information Administration forecasted Brent oil prices to average $65 per barrel, up $2 from last month’s projections.

Around this time last year, Brent oil averaged at around $71 per barrel.

The EIA has forecasted crude oil prices to average $58.8 per barrel.

At the pump locally, fuel prices have gradually trended up with Rubis holding at $4.75 per gallon; and Shell and Esso charging $4.72 per gallon as of yesterday.

In late January, all three stations offered fuel rates of $4.05 per gallon.