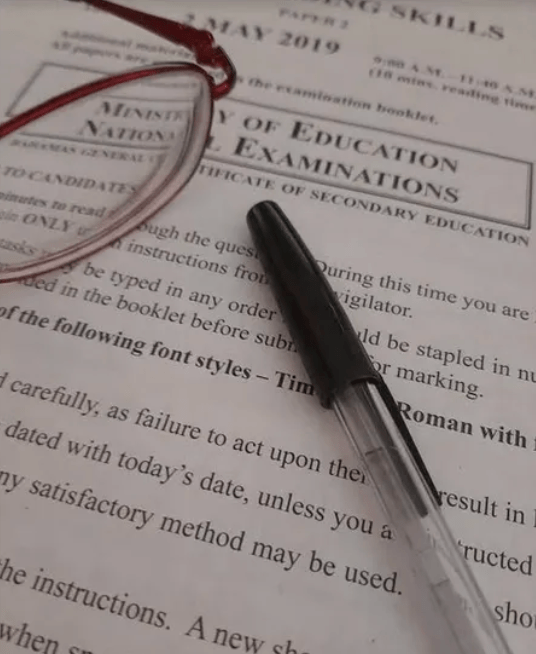 NASSAU, BAHAMAS – Tensions continued to boil over the weekend amongst education stakeholders following the announcement that national examinations will be held on July 13.

Prime Minister Dr Hubert Minnis announced the new date last week for BJCs and BGCSEs after weeks of school closures, virtual learning procedures, and uncertainty over whether national testing would be canceled.

An online petition calling for the cancellation of national exams had garnered more than 8,000 signatures as of yesterday.

Dozens of teachers, parents, and students have taken to social media to voice their concerns over the readiness of students to take the test.

Some underscored students have had three years to prepare for the exams and should be ready notwithstanding the COVID-19 closures.

While others argue that students have been disadvantaged and need more time.

Bahamas Union of Teachers (BUT) President Belinda Wilson has acknowledged concerns over the announcement of exam dates and recently advised members that summer break begins on June 19.

In a post last week, veteran educator Elma Garraway issued her support for the decision.

“The schools in Barbados will open on Monday, 8th June to facilitate the writing of their national exams,” Garraway’s post read.

“Undoubtedly, the schools in The Bahamas will be ready at least by July to write the BGCSE 2020 exams.

“Our Ministry of Education, the independent schools, assessment and evaluation section, administrators, teachers, parents, and students are no less competent than their Caribbean counterparts.”

However, Wilson fired back insisting that the two country’s education system cannot be compared.

“I am very surprised that you found it necessary to comment publicly about the competence of The Bahamas to be ready for the sitting of BGCSE exams in July 2020,” Wilson said.

The BUT president noted that teachers in Barbados do not mark or invigilate exams, and those invigilators consist of people from the general public or retired teachers.

The invigilators are paid by the Caribbean Examinations Council, Wilson said.

Wilson furthered the CXC exams has been modified to two papers, while her union’s request to modify both the BJCs and BGCSEs has been “ignored”.

“Instead of posting on the MOE page your time may be better-utilized training and guiding the Director of Education on the process, procedures, and protocols of an effective leader in a COVID19 school system,” Wilson added.

The government announced the closure of schools on March 15, after the first confirmed case of COVID-19 in the country.

However, following soon after schools closed officials quickly recognized a disparity in the delivery of education.

In April, the government launched its Virtual Learning Programme, along live television sessions for junior high and high school students.

Minister of Education Jeffrey Lloyd has said the pandemic has created a tremendous learning gap in the country.

Officials believe the disparity in students receiving education amidst the pandemic was due to the lack of access to interconnectivity or devices or both that has disadvantage thousands of students.

This was said to be reflected in the 4,000 students who take part in the lunch voucher program.

Last month, the government received a donation of some 4,300 tablets preloaded with internet connectivity.

Former BUT President Kingsley Black also chimed in on the issue yesterday.

Black noted that multiple issues are at play including labour relations.

He insisted that the BJC examinations do not have to be rushed and can be deferred and done before December, while BGCSE exams for the 2020 graduating class must be the priority.

Black said the ministry and the BUT must discuss the fact that July is usually vacation time for teachers.

“I think the ministry made the right decision to hold the BGCSE exams as soon as is practical,” he added.

“Students who are not ready to sit their exams can do them next cycle, but those who are ready should not be made to wait unnecessarily”.

I think they need to go forward with the exams. It seems Mrs. Wilson’s priorities are focused on vacation and paid time off instead of the children’s education and future.

I agree with Black in that deferral for some until December should be an option but, to have students who have prepared and ready not sit is unfair to them.

Those exams take years of preparation and a few months should not discredits years of work. Abaco and Grand bahama may need special consideration as most students would have been out for most of the school year but other schools should have been done or near completed with the curriculum by mid March.

Furthermore many schools prep their children in 10th and 11th grade and 12th grade is a review and re-enforcement period. It is normally rife with interruptions and distractions like prom, graduation practices, college fair, picture day, senior week among other things that are mostly focused at the end of the academic calendar which is why at March the learning and review period should have been at least near completion.

I would hate if the class of 2020 be further disadvantaged due to the selfishness of the educators that are supposed to support them. The work force is competitive and some will not have the opportunity to attend college. Those exams are how they will differentiate themselves from others. Don’t rob them of that. Provide the options of July or defer until December but.

Cancel the exams please don’t embarrass our generation. Let all of them due to the pandemic make it an unforgettable experience. Mark that in history.

You are obviously ignorant to the school and examination process. National examinations do not cater to who is ready and who is not. Everyone in the country takes the exams at the same time for validity purposes. The reality is the majority of students are not prepared mentally, socially and other ways. Colleges have made exception to admissions to allow students to enroll so your arguments do not make sense.

In addition, the professionals were not consulted. If we were, things would have ran more smoothly. The parents and students more importantly were not consulted. Where is the health data to show that it is safe to return back to schools. No… you want everyone risk their life. Ok cool. If the procedures are not organized teachers are not going to school to make a fool of themselves. Especially if its not mandatory. School will be closed by law. This has nothing to.do with Covid 19. Stop watching people money July and August is designated as vacation due to the year being divided by 12 and not 10 months. We are not looking for handouts. We need to.be respected. We have our degrees, BGCSEs and BJCs . We looking out for the interest of the students.

Teachers pay high nib fees so if the government didnt pay us then we would be entitled to unemployment and nib most definitely couldnt afford all of those payments so be sensible.

Furthermore, if and when they do take exams and failed many parents have to repay these fees again next year for students to retake exams. Giving some students the perfect excuse not even to try to pass… because of the pandemic. I understand some students are ready but more time won’t hurt. I feel most of my students are ready but who is going to set up, invigilate and mark exams? Will they be compensated for going beyond duty?
Usually students help set up for desks for exams. Who is going to lift those desks and chairs and ensure that its 6 feet apart? The administrators??? Very dubious!

When you look pass the major issues and get to the real issues…. like transportation, hygiene and financial challenges. What is the plan to make this date even practical or effective. How are the children going to get to school? Do they know where their uniform are? Can it still fit after months away? Barbers were closed… Imagine the boys haircuts… some girls have braids. These are against the school and exam rules. Are we going to relax those restrictions as well? Do they have masks? Thermometers? Is the government providing these as well? Will nurses locate to schools to do health screenings before exams begin? Too many unanswered questions. It is possible but requires extensive collaboration between everyone.

Also how are they going to solve the coursework issues. Science and art projects incomplete…. Coursework at schools and not marked yet… If we were told in advance we probably could have worked with five students a day to ensure these were completed in time. Teachers should have been considered essential workers long time. Not in a months notice because you finally relaized you need them. School closes June 12 for students. How is this possible? Please send suggestions to the competant authority.

Finally you cant be a teacher or know any teachers because since March we were working hard on platforms to teach our students.
How do we reach those without a device or internet or cable while on lockdown? What methods are they going to use to even share the schedule to students? Are they going personally door to door like on campaign for election to tell parents? Probably not…

Lewis, I think you have made an outstanding contribution to the discussion. I have shared alot of the same points with family, friends, students, parents, teachers, other professionals (including unionists). I think your views are the most comprehensive.
However, I ‘beg to differ’ on one point: –

“It is possible but requires extensive collaboration between everyone.”

Even though I agree philosophically & in theory, we all are aware that certain constituents does not have an interest in a collaborative approach. Instead, they tell us & they want/expect us to agree/obey.
Allow me to share one point/(question)…

What REAL value accrues to a student/person from passing the exams (this year)? I submit that the costs outweigh the benefits & the disadvantages outweigh the advantages. The proponents of continuing the exams, are not acknowledging the merits of the other side (re: cancellation). As you mentioned, Universities/Colleges are flexible. My child was accepted to 4 (four) universities (including UB) before COVID 19 & so were the majority of students going to universities/colleges. The employment argument is lame, weak – @ best… There is uncertainty surrounding job security/business continuance in the immediate to mid-term forecast/outlook. Therefore, many parents/adults are unemployed. So how realistic is the argument for job entry re:
2020 grads? Moreover, if some students can find a job, what damage would be done if employers used cumulative GPA for 3 years or even for 1 year – 2020? Blessed regards, Shalom.