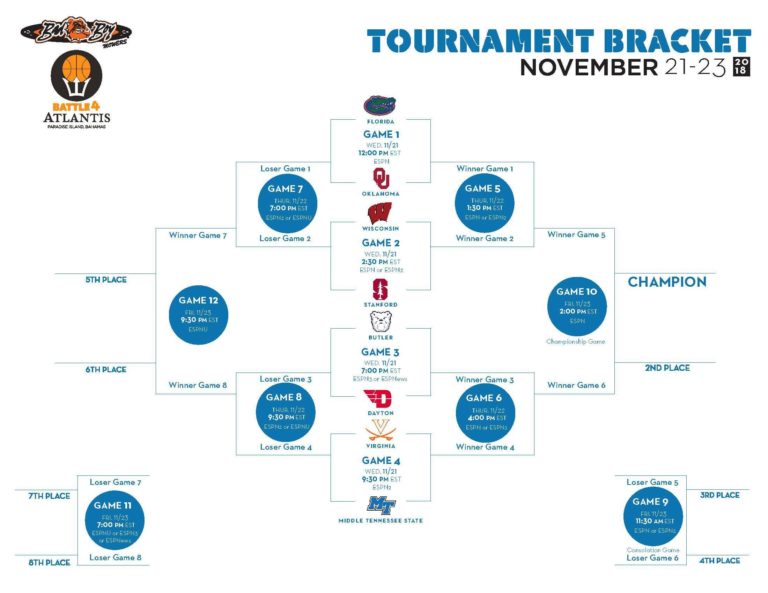 The bracket for the upcoming Bad Boy Mowers Battle 4 Atlantis tournament was released Tuesday by the event’s organizers.

The two-day tournament is set for November 21-23 in the Imperial Ballroom at the Atlantis Resort on Paradise Island. The championship game is scheduled for Friday, November 23 at 2:00 p.m. EST on ESPN.

The first game of the tournament features the Florida Gators against the Oklahoma Sooners at noon. The Wisconsin Badgers play Stanford at 2:30 p.m., Butler goes up against Dayton at 7:00 p.m. and Virginia plays Middle Tennessee State at 9:30 p.m. in the final game of the day.