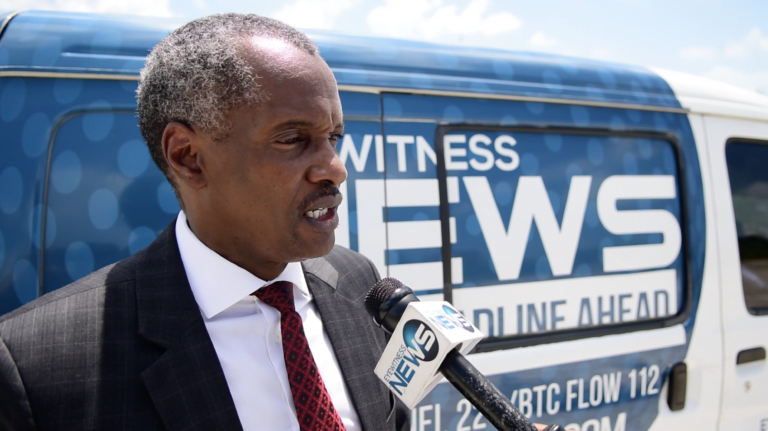 NASSAU, BAHAMAS — Works Minister Desmond Bannister said yesterday that he has asked Bahamas Power and Light (BPL) to provide him with the figures on how many disconnections the company has carried out since July.

He told Eyewitness News yesterday, “there’s no way” the company could have disconnected nearly 9,000 consumers as reported last week.

Back in July, the company announced that it would immediately resume disconnection of electricity services of residential customers who had $500 or more in arrears for more than 90 days as of April 1.

A Tribune report last week indicated that since announcing it would resume customer disconnections back in July, the company has turned off 8,741 residential accounts in New Providence and the Family Islands.

Bannister said: “I saw that the Tribune and I have asked them to provide me with the figures. I should have those figures on Monday. I don’t know BPL to be disconnecting. What those figures may be related to is people who have not had power for some time prior to the pandemic.”

Bannister continued:  “There has been a whole lot of people who had not had power. There’s no way BPL could have disconnected that number of people.

“They are going to give me the number as it relates to those who have been disconnected. I don’t know how long it would take them to disconnect nearly 9,000 people. That doesn’t make sense. BPL will give me the figures on Monday. I will look at them.”

Why can’t we get service for light transfer and new connections. No body is responding to your emails I applied over a week ago and got no answer .Is every thing in the Bahamas shut down under you’ll lousyness

You’ll could disconnect but can’t connect