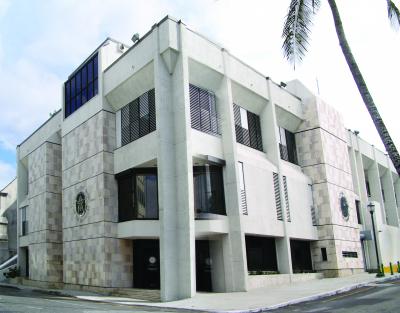 The regulator, in its Monthly Economic and Financial Developments Report for February, noted that bank’s credit quality indicators for the month were “slightly improved” amid reductions in both short-term delinquencies and non-performing loans (NPL).

“An analysis by average age of delinquency showed that short-term arrears contracted by $53.6 million (18.1 percent) to $242.2 million, corresponding with a 97 basis point falloff in the relevant ratio to 4.3 percent.”

The regulator further noted that NPLs moved lower by $3.7 million (0.8 percent) to $485.7 million, as the non-accruals rate softened by nine basis points to 8.7 percent.

“Disaggregated by loan type, mortgage delinquencies decreased by $45.7 million (9.3 percent) to $444.8 million, as the $47.3 million (24.5 percent) decline in the short-term category, outstripped the $1.7 million (0.6 percent) uptick in non-accrual loans,” the Central Bank noted.

“Notwithstanding, banks increased their total provisions for loan losses by $11.5 million (two percent) to $580.2 million, owing to the uncertainty surrounding the severity of the impact of the pandemic,” the Central Bank noted

“During the month, banks also wrote off approximately $7.2 million in claims, and recovered an estimated $2.1 million.”

The regulator also noted that the country’s external reserves reduced by just under $63 million to $2.2 billion in February.

“During February, external reserves reduced by $62.8 million to $2,257.1 million, a reversal from the $106.0 million buildup in the prior year,” the Central Bank reported.

“This was reflective of the ongoing travel restrictions related to the COVID-19 pandemic, combined with the demand for foreign currency by the public sector and the commercial banks.

“In particular, the Central Bank’s foreign currency transactions with the public sector reversed to a net sale of $48.8 million, from a net purchase of $9.1 million in 2020.