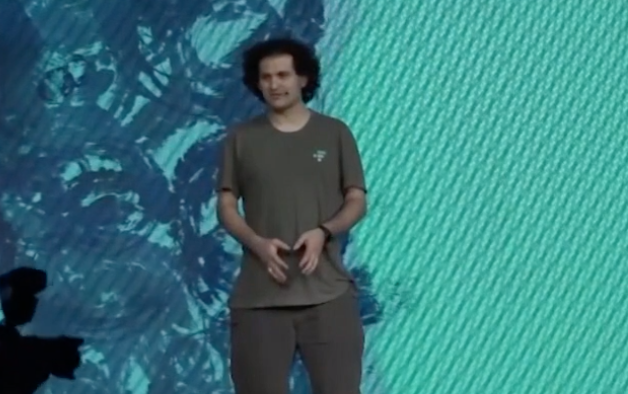 Bankman-Fried denied that he committed fraud and commingled FTX customer funds with his Alameda Research firm during a nearly hour-long interview yesterday.

He spoke with journalist Andrew Ross Sorkin live from The Bahamas for the DealBook Summit in New York yesterday.

Bankman-Fried whose crypto exchange was said to be valued at $32 billion, claimed that following its collapse he has been left with “close to nothing”.

“I mean, everything was just in the companies,” he said.

“I mean, it’s no no, I don’t have any hidden funds here. Everything I have, I’m disclosing and you know, I’m down to. I have one working credit card left. I think it might be $100,000 or something like that in that bank account. And, I mean, everything that I had, even all the loans I had were, you know, those are all things I was reinvesting in the businesses…I put everything I had into FTX,” said Bankman-Fried.

Explaining the company’s real estate purchasing spree in The Bahamas, Bankman-Fried said: “I don’t know the details of the house for my parents, but I knew that it was not intended to be their long-term property. I know it was intended to be the company’s property. I don’t know how that was papered in and I think that was where it will end up. I think they may have stayed there while working with the company sometime over the last year.”

He continued: “When you look at the rest of it, there were a lot of property purchases in the Bahamas. You know, the reason for that is we had you know, a hundred, you know basically a hundred Silicon Valley, you know, top Silicon Valley employees come down here to work for FTX.

“And, you know, we were trying to incentivize that and to, you know, make sure that they had an easy way to find a comfortable life that they’d be willing to move and, and help build out the product. And so, you know, those hundred people put together here did end up buying a substantial amount of property. So it kind of, I feel bad about some of how those investments may turn out for them.”

“And again, one piece of this you have the margin trading you have you know, customers borrowing from each other, Alameda is one of those. I was frankly surprised by how big Alameda’s position was, which points to another failure of oversight on my part. And a failure to appoint someone to be chiefly in charge of that. But I wasn’t trying to commingle funds.”

He continued: “I wasn’t running Alameda, I didn’t know exactly what was going on. I didn’t know the size of their position. A lot of these are things that I’ve learned over the last month that I learned as I was sort of frantically digging into this on November 6, November 7, November 8. And obviously, that that’s a pretty big mistake.

Bankman-Fried said that he remains in The Bahamas where he has been for the past year.

“I have been in the Bahamas for the last year and I’ve been running FTX from the Bahamas,” he said.

“I’ve been running FTX Digital Market, our primary operating entity down here with the Bahamian regulators and, and others in, in contact, and I, you know, right now, I’m looking to be helpful anywhere I can with any of the global entities that you know, that would want my help,” he said.

FTX Digital Markets was placed into provisional liquidation by the Supreme Court of The Bahamas on November 10. The Supreme Court appointed Brian Simms KC, of Lennox Paton, Kevin Cambridge, of PwC Bahamas, and Peter Greaves, of PwC Hong Kong, as the Joint Provisional Liquidators.

The liquidators said that since their appointment by the Supreme Court, they have been reviewing the financial position of FTX Digital. FTX Trading Ltd. filed for Chapter 11 bankruptcy in the US Bankruptcy Court for the District of Delaware back on November 11.