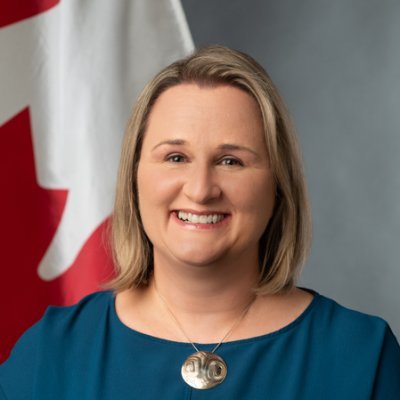 NASSAU, BAHAMAS — Canadian High Commissioner to Jamaica and The Bahamas Her Excellency Emina Tudakovic suggested that labor-management migration programs could be a solution to lessening irregular migration to The Bahamas from countries such as Haiti.

Tudakovic has a background in migration with a focus on refugee resettlement, peacekeeping and humanitarian response, ranging from India, Geneva and the Middle East.

In an interview with Eyewitness News, Tudakovic has asked about the ongoing challenge of irregular migration to The Bahamas, particularly from Haiti in recent months.

She made the distinction between refugees fleeing persecution from countries such as Afghanistan and Sierra and economic migrants fleeing localized and generalized violence from Haiti.

The high commissioner said there gaps in international law obligating states to provide protection to these economic migrants, though “soft laws” exist, and acknowledged the complexity of large influxes of irregular migrants overwhelming communities in the archipelago, seen recently in Inagua where over 1,000 Haitian migrants fled to the island over a period of weeks.

“When people are fleeing persecutions, there are international conventions which obligate states to provide protection,” Tudakovic said.

“Here in the Caribbean, it is a little more complex with a situation like Haiti because they tend to be economic migrants and where there is a gap in international law — there is some law around this — but there is gap in international law about what do you do with people who are fleeing localized and generalized violence and you have this as well in Central America, persons fleeing gang violence in Central America.

“So, where the balance lies for states is – you know, you’ve got a state like The Bahamas where a 1,000 people is a lot to arrive on your island. It’s huge.

“And so, really the solution of that is managed migration.”

Canada has a well-recognized migration managements process that has improved over the years, paving the way for many Bahamians to relocate to the country.

In the context of The Bahamas, she said: “That means you have in place, systematic policies which migrants’ clear rules on how to migrate.

“And then what you need though is, you also need for those that come legally or regularly you need a mechanism to return them safely and with dignity and in a means that will also protect their human rights.

“It’s a fine balancing act and it’s a lot of effort.”

Tudakovic noted that Canada’s geographic location compared to The Bahamas, which is 60 miles from Haiti, make irregular migration much more difficult to her home country.

“But having a system of migration where you can have migrant workers come for example if you need them or you can have people — let’s say if you meet a Bahamian and you get married you can have them come legally, but then you also have that system where someone comes irregularly you can remove them in a way that’s legal and founded in law, and you’re respecting their rights that also helps people buy into migration.

“It’s not easy, and even in Canada — people say Canadians all love migration. It’s not true actually. We work hard at it. We work hard to manage that public opinion by making sure there are structures in place for people who want to migrate, but it is a tough one. It’s a tough one on the islands and it’s come up a few times, you know, about you get a boat and you’ve got a small archipelago and more migrants have arrived there than you have on the place.”

She can take all illegal immigrants directly to Canada. With much appreciation