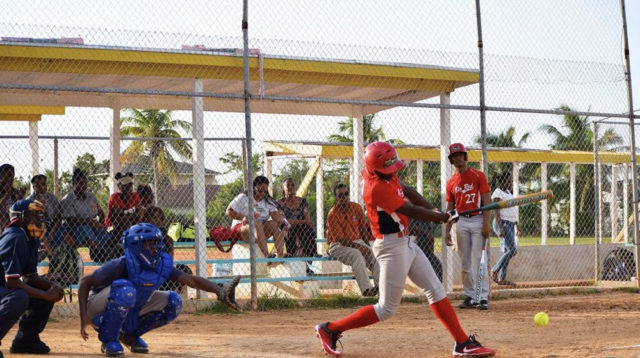 The Bahamas Association of Independent Secondary Schools (BAISS) softball championships kicked off last night at the Freedom Fam softball park.
In senior boys play, Saint Augustine’s College (SAC) came from behind to defeat Queen’s College 20-14. The Big Red Machine had to overcome an 11-2 deficit to take a 1-0 lead in the best-of-three series.
SAC also won the Sr. Girls and Jr. Boys games 7-5 and 6-4 respectively. The Sr. girls defeated St. John’s College, while the Jr. Boys beat QC.
In the Jr. Girls division, Charles Saunders beat QC 9-3.
The second game of each series will be played on Wednesday at Freedom Farm.