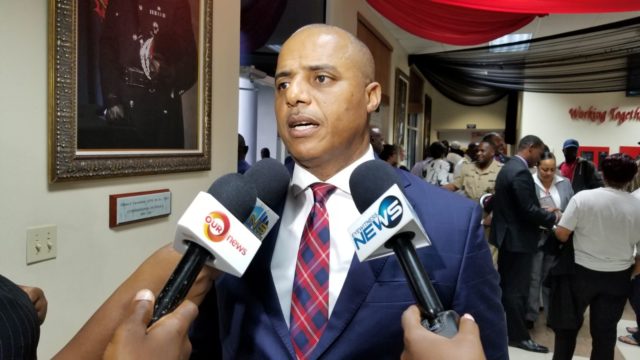 Bail for prolific offenders remains a challenge in the fight against crime, according to National Security Minister Marvin Dames, who insisted that the justice system is in dire need of reform.

His comments came on the sidelines of the launch of the National Neighborhood Watch Council at Police Headquarters on Monday night.

The national security minister acknowledged that the issue of bail has been a vexing one and often times offenders on bail commit more serious crimes or end up dead.

“We have to improve the criminal justice system on all ends and, until we do that, we have to make it more efficient so that when these persons are put before the courts, the matters come up in a timely manner. So, bail becomes a moot point,” Dames said.

Successive governments have, over the years, made amendments to the Bail Act to prevent persons who are out on bail for serious crimes – specifically murder – to be granted bail a second time when charged with another serious crime

In 2011, the government passed the Bail (Amendment) Bill, which led to changes in a magistrate’s ability to grant bail.

However, Dames said that in recent years, crime levels underscored the need for the law to be reviewed.

He also highlighted the National Crime Watch Programme, where more than 100 persons have been trained to be watch leaders.

The minister said he believes the volume of participants, is a signal that residents impacted by crime are ready for change.

“People are fed up with crime and they are doing something about it,” Dames said.

Despite challenges with the Witness Protection Programme and persons willingly assisting police in the crime fight, the national security minister said work is taking place in the “background” to remedy the situation.

“Very shortly you will hear of innovative programs from our Citizens Security and Justice Programme. Soon we will be able to focus on these very vexing issues,” he said.

“The support tells us that we have to take full responsibility and we have to be totally committed, collectively, if we are going to see a change.”