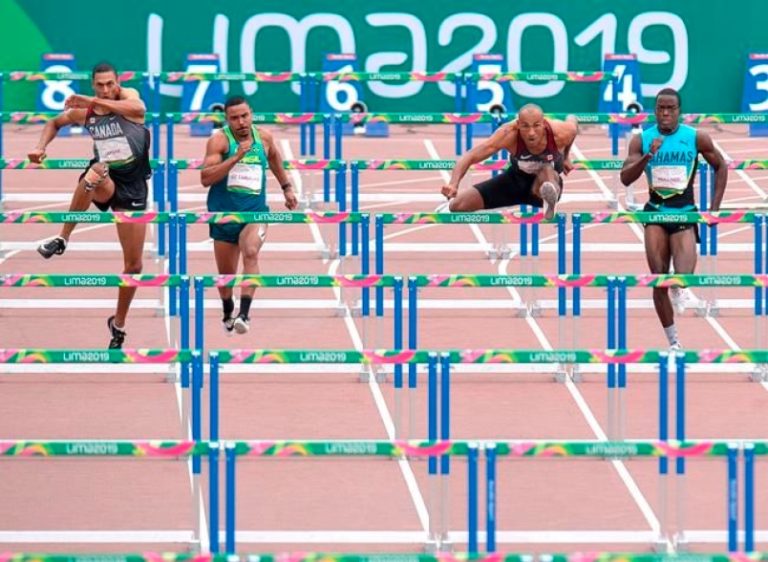 The Bahamas was active in both athletics and swimming, with several athletes competing in their respective event finals.

On the track, both Anthonique Strachan and Tynia Gaither qualified for the finals of the women’s 200 meters (m). Strachan finished second in semifinal two in 23.41 seconds, while Gaither was second in semifinal three in 23.06 seconds. Cliff Resias was sixth in heat one of the men’s 200, Pedrya Seymour finished fifth overall in the women’s 110m hurdles in 13.12 seconds, and former Pan Am gold medalist Jeffery Gibson was fourth in the men’s 400m hurdles in a season-best 49.53 seconds.

Today, The Bahamas competes in six events. Ariel Weech is in the heats of the 50m freestyle, Gershwin Greene is in heat three of the men’s 50 free, Gaither and Strachan are in the women’s 200 final, Donald Thomas and Jamal Davis will represent in the men’s high jump, and Tamara Myers is in the women’s triple jump. The Bahamas women’s 4x100m relay team will also be in the event finale.