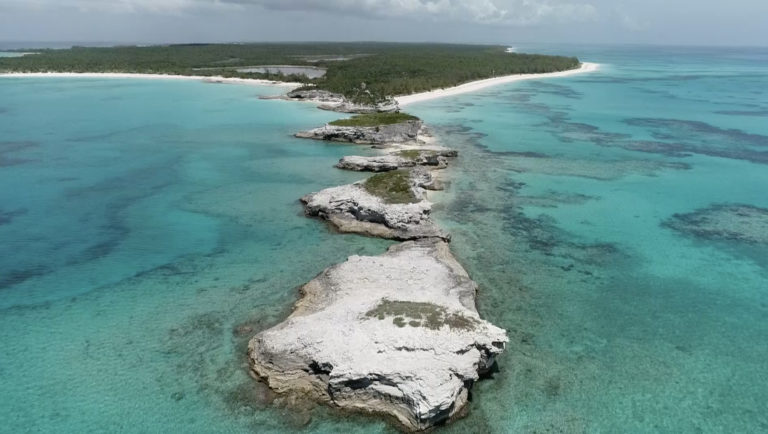 Despite the controversy surrounding the proposed plans of Disney to create a cruise destination at Lighthouse Point in South Eleuthera, a recent poll conducted this weekend of 994 households across the country, revealed that of the 994 individuals polled, 235 individuals or 38 per cent – 311 males and 310 females, were “very much” in support of the development, while 161 individuals, some 26 per cent, did not support the cruise initiative.

The recent poll to gauge the public’s view of the proposed development was recently conducted by Public Domain.

Disney has proposed creating a cruise destination at Lighthouse Point in South Eleuthera.

The low-density development, according to Disney, will serve as a place for Disney guests to relax and spend time with their families on the property’s beaches, while also having the opportunity to enjoy nature, visit shopping and dining locations and explore Eleuthera more broadly.

Of the 922 individuals polled, 622 individuals had heard of the new proposed development while 372 or 37 per cent said they did not.

The biggest reason for not supporting the Lighthouse Development, according to the Public Domain poll was possible environmental damage, of which 46 out of 215 individuals – or 21 per cent felt this way.

Fourteen per cent claimed that the government had already given too much land to foreign developers.

Meanwhile, 12 per cent felt as if there would be the loss of local access to Lighthouse Point

Another 12 per cent polled said they did not like/trust the cruise industry.

Other reasons listed for not supporting the Lighthouse Point Development was the loss of access to the beaches at Lighthouse Point and not trusting the government to ensure that Bahamians got the best deal, of which both were polled at 9 per cent, or 20 of the 215 individuals questioned.

Six per cent felt as if they needed more information and that Bahamians would not benefit from the project.

Four per cent cited government corruption, they were not sure Bahamians would be employed, they believed Bahamians could do it themselves, or they felt as if the area should be preserved.

Two per cent said the project is not needed in Eleuthera and should have been taken to Grand Bahama. Another two per cent was not sure or refused to say.

One per cent expressed the belief that the company would say one thing and do another, while another 1 percent said that they wanted the property leased.

In recent interviews Disney claimed that it would protect and sustain the natural beauty of the site, provide economic opportunity for Bahamians, help strengthen the community and celebrate the culture of The Bahamas. Disney also said that Bahamians would have full access to the property and they will not develop the southern-most point or allow Disney guests to visit it.

But despite Disney’s claims, Environmental groups and non-governmental organizations such as Re-Earth Bahamas, the Bahamas National Trust (BNT), Save the Bays and the One Eleuthera Foundation, have railed against the proposed development to sell the privately-owned land to Disney, claiming a cruise port will decimate the environment.

Some 221 of the 994 polled – 22 per cent, said it was important to receive more information about the environmental impact of the project, while 209 persons were interested in the economic impact that the project would have for Eleuthera.

Disney Cruise Line President Jeff Vahle said the company will more or less be good stewards of the environment. He told the press in a recent statement that Disney is focused on conservation and the company is absolutely committed to doing the right thing and would never risk the natural beauty of the island.

Vahle also noted in earlier interviews that the project already has the funding in place as well as a contract with the buyer of the private land. He said the company is only waiting for government approval and if and when that happens, he said, work will begin immediately and will most likely open in late 2022.

Prime Minister Dr. Hubert Minnis recently assured the media that the government will make the best decision in the interest of the Bahamian people as it relates to a controversial project. He said that he has been in discussion with Disney and intends to garner feedback from residents at town meetings.

Here is a quote from Facebook: “Public Domain contacted us last week with questions for their survey on LHP. After answering his questions, we asked the young man on the phone what their poll results were showing.
He said “the vast majority of their poll was AGAINST Disney acquiring LHP”. .
Public Domain just lost all credibility with us.” How does a polling company divulge any results while the poll is ongoing? You cannot maintain result integrity when providing that information. This poll is so patently fake it is insulting. No professional polling company gives out data. None. I know for a fact that Disney hired “Our Public Domain” to conduct the “poll”. You get what you pay for. We just aren’t that gullible Disney.

Can you really believe the telephone poll that was commissioned by Disney that says 66% of the people polled support the Disney development? When the Tribune newspaper’s poll shows 78% against the Disney development and the Guardian newspaper’s poll shows 74% against the Disney development. Let us all keep in mind the public relations company that conducted the poll, Our Public Domain, has as one of it’s partners a Mr. Brent Dean (http://www.ourpublicdomain.com/company/partners/), the same man who is also a managing editor at the Nassau Guardian. The same newspaper who’s own poll doesn’t support the obviously fictionalized results. Disney paid for the poll, and they paid for the results they wanted. You paid for it, but we aren’t buying it Disney!!

Yes, we should believe anonymous comments instead.

This poll was done done in a way for it’s results to be used for Disney’s benefit. Fair polls are by independent companies…Disney did this in-house. This is a new public relations boost by Disney to pull the wool over Bahamians eyes. A poll done properly would be one aimed at the people of Eleuthera who will be impacted by the damage and false promises of Disney. I beg of the Bahamian people to not let Disney ruin this beautiful island and I am convinced that the damage to the Lighthouse Point area and pushing the inhabitants away from that end will result in major loss of tourist money FOR the people of Eleuthera I am white. I am American. I am NOT rich. I save every dime I can and work an extra job to get enough money to visit this beautiful island once a year. I’ve been going for over 30 years. My visit to the island of Eleuthera and it’s wonderful people is the highlight of my year. PLEASE do not be blinded by the glitz of Mickey Mouse. As a last resort, let them find and uninhabited small island to fill with their make believe world where their cruise passengers spend 90% of their money inside their fences.

This Lighthouse point development is in Eleuthera and only truly affects them. Why do we who live on the other islands feel we should have a say? It’s there island, only they should decide.

The Bahamas which includes Eleuthera is owned by all Bahamians, not just who live there at the moment.

The day will come when the majority of the locals will regret giving up their island. I hate to see this beautiful island and the surrounding island’s in 5 year’s.

I am an American…I live in Florida…(30 minutes from the Tragic Kingdom) I have been going to Eleuthera for 30 years…I have investments in Eleuthera…for gawds sake and in the name of all that’s holy….PLEASE DO NOT DO THIS…
On another note…why not use the OLD abandoned Club Med or maybe Whaie Point if Disney is so hell bent on Eleuthera? Please I beg of you…say No…its a People Trap Set By A Mouse… aaaaaaaarrrrrggggghhhh

The old Club Med property is privately owned, not for sale, and part of the French Leave development. Whale Point has no beach. Both are ocean side, not fit for docking/anchoring a cruise ship. You really do not seem very familiar with the geography of Eleuthera.