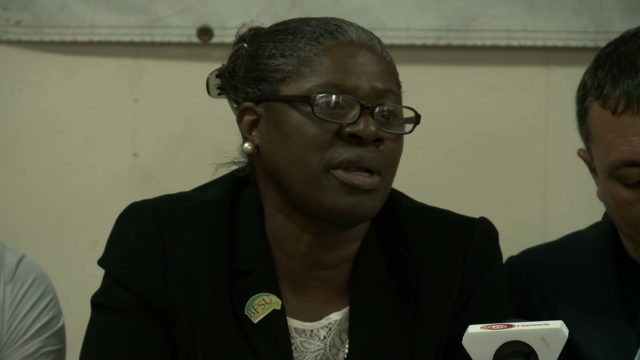 The digital era and its introduction of digital banking, which has forced the closure of brick and mortar banking institutions around the globe, is an unwelcome reality for many Bahamians, according to a local financial expert.

President of the Bahamas Financial Services Union Theresa Mortimer told Eyewitness News that there are many Bahamians who staunchly oppose the digital era, and by extension, digital banking.

“Digital banking is coming and yet there are still so many Bahamians who oppose it,” she exclaimed.

“We are in a computer age and along with that came digital banking, which allows us to do banking in less time. That is the advantage of it, but so many people who still oppose it aren’t realizing its advantages because they are stuck in their old habits.”

The reality of a shift in the banking industry in The Bahamas recently hit home when Canadian banking institution, Royal Bank of Canada, decided to close a number of its locations throughout the country.

“Royal Bank is more into it [digital banking] than anyone else. But the lines are still long because clients aren’t taking advantage of the option of online and digital banking,” she said.

“But you really cannot fault the customers. It has to start within the banking institutions. They must prepare their employees for the introduction of digital banking so that they are well versed and able to assist clients with understanding how it works.

She continued, “Once clients get a better understanding of how it works and how it will actually benefit them, then you will begin to see a shift in their attitudes toward it.”

While Mortimer believes that Bahamian consumers might warm up to the idea of digital banking in the long run, she adamantly urged those employed within the banking industry to ensure that they also prepare themselves for the inevitable shift in their future as well.

“With digital banking, there will definitely be a shift in the number of employees that banking institutions employ. So, they also need to begin preparing for the future as well. What they will do and where they will go with their professional careers in the event that they are replaced by computers. It might sound far-fetched to some, but it’s a reality,” she said.

“It’s just now a matter of being adequately prepared for it.”