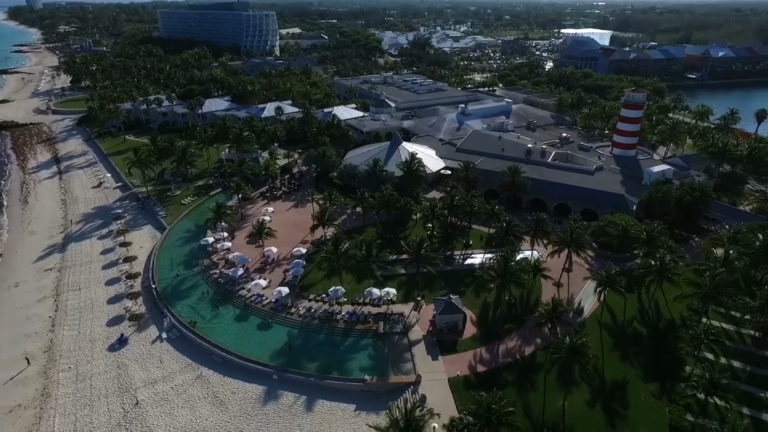 Bahamians are chiming in on the possibility of government using taxpayers dollars to purchase the Grand Lucaya Hotel in Grand Bahama.

There has been much talk surrounding the prospect since the government has had its challenges in the past with operating hotels.

“It occurs to me that if the 1500 or so persons with whom I exchange on Facebook were minded to, we could just buy the Grand Lucayan ourselves,”  said Bahamian Economist Gilbert Morris, who spoke with Eyewitness News yesterday.

“I’ve already gotten over 100 emails expressing that they would want to be a part of this venture should this happen.”

He used the fact that the people of Wisconsin own the National Football League (NFL) team Greenbay Packers as an example.

“It’s just really a question of raising the money.”

Drawing illustrations from Facebook, Morris [hypothetically] indicated to young Bahamians that if you were to get 10,000 people to give $1000, that would be $10 million.

Back in June, Attorney General Carl Bethel announced during the Senate that the government had allocated $25 million to assist with the sale and opening of the Our Lucaya Resort.

Bethel indicated that the $25 million allocation was not only for tourism support but it is the governmentís intent to have an equity stake in the hotel saying that no one was expressing interest in the hotel.

“The government said we will purchase it if necessary because we won’t allow what happened to the Royal Oasis hotel, which remains dormant and an eyesore, to happen to the Lucaya Strip,” Bethel said.

Ingraham further said to the current administration that they have not considered a full research of the purchase, pointing out that, “by not meeting face-to-face in Hong Kong with officials of Hutchinson Whampoa, which owns the resort, the administration has not exhausted all options for keeping the development in private hands”.

Many Bahamians however, are said to be against the idea of the government purchasing the hotel as was [also] expressed by Beyond the Headlines contributors, Troy Clarke, Leyvon Miller and Joey Gaskins, who all expressed why they feel it is not logical for the FNM administration to buy the hotel.

“I don’t think the government should buy this hotel – if they buy it, they should only buy it to get ownership to pass onto a private ownership,” Clarke noted.

Miller said he thinks the idea of the government buying Our Lucaya hotel is scatterbrained.

“We’ve proven it time and time again. Government runs most things into the ground.”

Miller also highlighted that the country’s poor is still in dire need of assistance from the government.

Gaskins, a Grand Bahamian said, to reduce Grand Bahama’s success to the hotel is a “mistake”.

“GrandBahama is the best equipped city in the region based on all indicators we can pull, he said.

Good piece. I echo Joey’s statement; allow Grand Bahamians to reimagine what Grand Bahama should be instead of us trying to hold on to what was. It is no longer time for business as usual. My only critique with respect to this piece is that the property is such a beautiful one; I wish a better image would have been used.