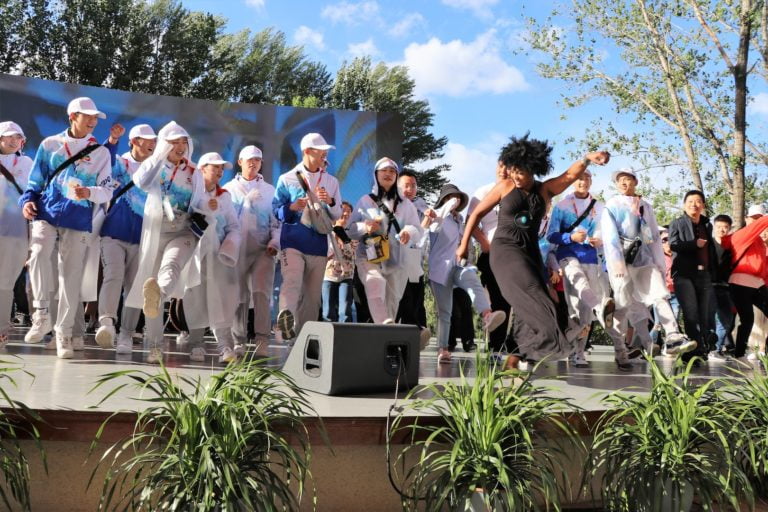 BEIJING, CHINA — Hundreds of audience members cheered and danced as Bahamian vocalists joined with the Brick City Band for a high-energy performance on stage recently at the Guirui Theatre, during the Beijing International Horticultural Exhibition 2019 (Beijing Expo), Yanqing District, The People’s Republic of China.

Julien “Believe” Thompson, Freddie Munnings, Jr., and Angel Reckley got the crowd electrified with Brick City Band members Julian Darville, Jackson Jeffer, Treco Johnson and Chineko Andrews. The team of visiting musicians will be performing a number of live performances in Beijing, through May 27, 2019.

The set was full of crowd participation, with a large number of audience members taking to the stage and learning a few dance moves.

The musicians showcased several Bahamian songs  and ran the gamut from classics like “Funky Nassau” and Angel Reckley’s rousing version of “Exuma, the Obeah Man,” to Julien “Believe” hits, such as “Goin’ Down on Bay.”  There were also upbeat pop and Caribbean songs.

The Brick City Band incorporated various musical styles into their set, including rock riffs on the lead guitar, jazz, funk and a number of Bahamian and Caribbean “jams.”

The performance ended with the entire team onstage, singing and dancing with cheering new fans.

The Beijing Expo runs from April 30th to September 6th, with about 110 countries and international organizations represented at the event.