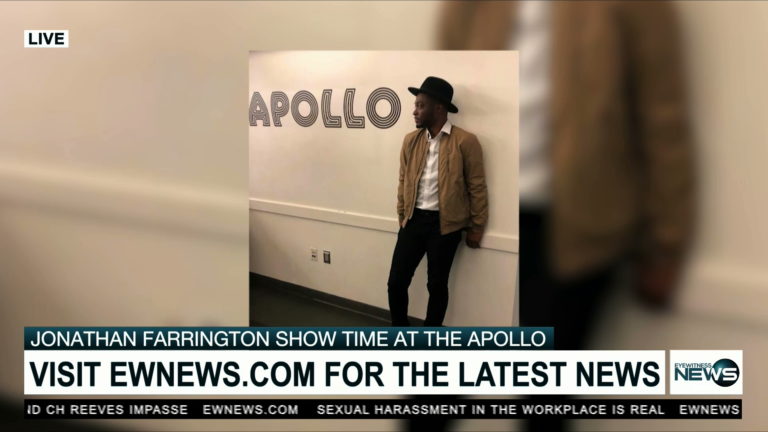 The famous “Showtime at the Apollo”  talent show held at the Apollo Theatre in Harlem, New York has an audience that can be one of the most intimidating in the world. However, Bahamian gospel singer and recording artist Jonathan Farrington was able to fully capture the attention of this savage crowd who will  quickly “boo” singers from the stage if their music or act is not pleasing to the ear or eyes, but Jonathan Farrington escaped the audience’s wrath, and  he is now a finalist on the popular show which airs worldwide.

Farrington said having performed at the historic theatre, he is now living his childhood dream.

He said while he had envisioned attending school, there were different plans in store for him.

“I came here to study at the American Academy of Dramatic Arts, but my music career has led me on the prestigious stage of the Apollo theatre,” Farrington said, adding that many musical greats have also performed on the same stage; from James Brown, to Aretha Franklin to Whitney Houston.

“I could only dream of the opportunities that I have been afforded and the people that I’ve had an opportunity to meet,” Farrington said.  And despite making it on the big stage, Jonathan said he could never forget his roots in the Bahamas and the people who have supported him from day one.

For now, Farrington is focused on mastering his singing talent while enrolled at the American Academy of Dramatic Arts in Manhattan. While there he is hoping to show the world that The Bahamas has so much more to offer than great food and sandy beaches, but also top-class talent.

The competition finals take place on November 14 and 21, and Farrington is hoping for Bahamians living in New York and The Bahamians that are travelling to come out and support him as he vies to bring home the win.