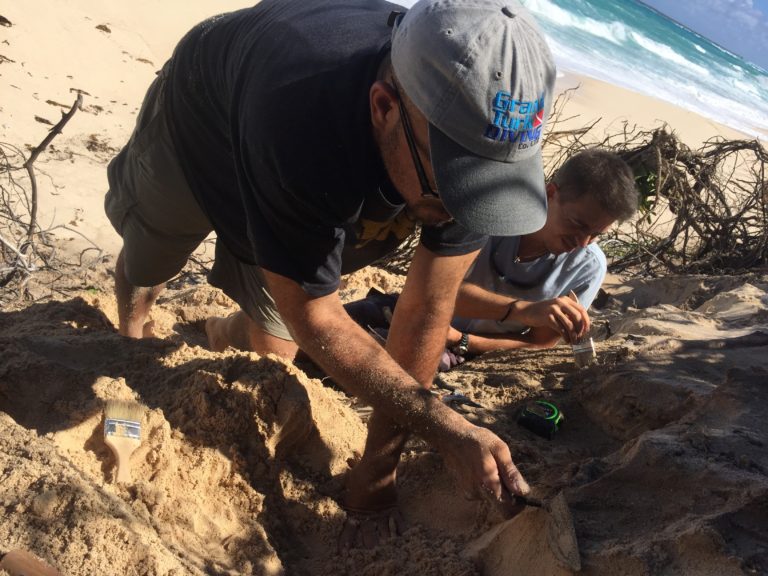 NASSAU, BAHAMAS — On December 23, a team of international researchers including Bahamian co-authors Dr Michael Pateman and Dr Tanya Simms published a new study revealing details on how the islands of the Caribbean were originally settled.

Pateman is an archaeologist and curator/lab director at AEX Bahamas Maritime Museum; and Simms is a population geneticist and assistant professor at the University of The Bahamas‘ (UB) Department of Chemistry and Life Sciences.

The study, according to a press release, is “the largest genetic study to-date on ancient humans in the Americas”.

Using ancient DNA gathered from early inhabitants of The Bahamas, Cuba, the Dominican Republic, Haiti, Puerto Rico, Guadeloupe, St Lucia, Curaçao and Venezuela, the team analyzed the genomes of 174 new and 89 previously sequenced ancient people to trace their migration patterns and identify the possible origins of the first inhabitants of these islands.

In the article, 30 of the samples analyzed were from Lucayan DNA. The samples were gathered from throughout The Bahamas including in the northwest (Abaco), central (Andros and Eleuthera) and southeastern (Long Island and Crooked Island).

“This groundbreaking research revealed surprising details about migration patterns and the lifestyles of ancient settlers in the region,” the press release stated. “Using a new technique to estimate population size, the team found that the Caribbean was home to tens of thousands of people at most — a far smaller number than the million and more reported by Columbus and his successors.”

The research was led by Professor of Genetics in the Blavatnik Institute at Harvard Medical School Dr David Reich; Professor of Human Evolutionary Biology at Harvard and co-first author Dr Kendra Sirak, a research fellow in genetics in the Reich lab at Harvard Medical School and Harvard University; and Dr Daniel Fernandes, research fellow at the University of Vienna in Austria. Dr Bill Keegan of the Florida Museum of Natural History served as lead archaeologist, bringing more than 40 years of experience in the study of the Caribbean region to the project.

For the study, Pateman assembled the Bahamian samples and provided Bahamian archaeological context, while Simms shared her knowledge of the genetic origins of the Bahamian people.

Pateman noted: “This study is significant to the way in which we understand how ancient people settled this region. Using DNA evidence to support the findings means that the results can shed new light on how we once thought the people who settled the Caribbean and The Bahamas lived their lives during the Ceramic Age.

“From a local perspective, we are particularly interested in the second of wave migration about 2,500 to 3,000 years ago when farmers and pottery makers moved from Venezuela, pushing further north with some landing in The Bahamas for a period of time.“

Pateman’s work on the project was funded by a grant awarded by the National Geographic Society in December 2017, with local permission from the Antiquities, Monuments and Museum Corporation.

As an extension of this project, Pateman will lead a smaller team to further analyze the Bahamian samples to get a better understanding of the relationship between the Lucayans in The Bahamas and the indigenous people of the Caribbean.

For more information on the study of ancient migration patterns in the Caribbean, interested parties may visit the website https://reich.hms.harvard.edu/.