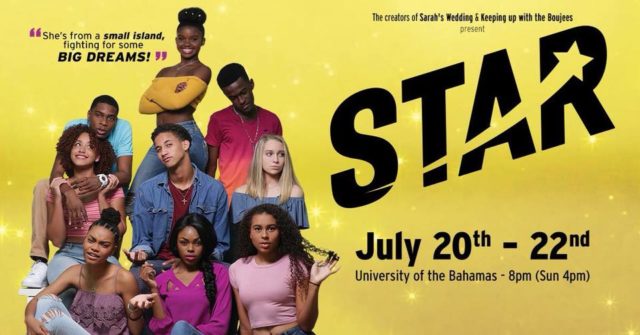 Kenton Pinder, who is assistant director of the all-Bahamian cast play – and sister to the playwright – told Eyewitness News Online that inspiring people is what his sister sets out to do anytime she puts pen to paper.

“She sets out to express her creativity but also to encourage other Bahamians to follow their passion as well,” Pinder said.

The screenplay, which was first showcased in Grand Bahama then in Nassau this past week, is described by Kenton to be a chronicle of the life of a young girl who wants to be a huge star. ‘Starlina’ – the play’s lead character – wants to go to a performing arts school in Grand Bahama, however, her mother doesn’t allow it.

For Kenton, the play is to encourage those aspiring to go after their goals.

The cast for the new play is made up of all young teens or young adults, something Kerel called a “transformative” move for those aspiring to be great.

“The script was written in North Carolina at the end of January of this year,” Kerel wrote in a Facebook post.

“The auditions were held in February and that is when this journey that would transform the lives of so many youth of our country began to grow.”