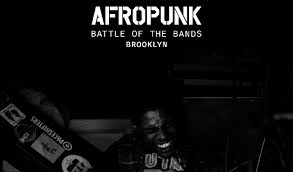 A Bahamian musical artist and her band are boasting a strong performance in an internationally acclaimed competition.  Singer Kamilah Gibson and her band recently competed in the popular AfroPunk Festival Battle of the Bands competition in Brooklyn, New York with hopes of being selected to perform her original tunes live in front of thousands of people.  While the band did not win the top prize, it did go as far as the semifinal round.

Eyewitness News Online spoke with Gibson on Wednesday and she shared that she always dreamt of participating in AfroPunk Festival. “It’s such a beautiful concept, especially in America where it’s no secret that rampant racial prejudice doesn’t afford people of color very many safe spaces to celebrate themselves and their heritage and various cultures,” she said.  “I always feel so free in that environment.”

For several weeks beginning in July, competing bands had to submit a single song that had already been released to the public.  Bands that were shortlisted from the hundreds of applicants were featured on the Afropunk website where fans were encouraged to vote for favorites to get them into the Top 16 semifinals.

“I was so overwhelmed by the support I got from all over the world; places like Canada, London, the US and The Bahamas. I got so much love and support from home,” she excitedly said.

All the support Gibson received landed her in the top three of the top sixteen, which advanced her to the semifinals performance round held over four nights.

She said she is “super proud” of her band and truly appreciated the entire experience.

Gibson has been writing and playing the guitar consistently since 2005, but really started carving a career in music in 2013 when she took part in Amateur Night at the Apollo in Harlem, NY.