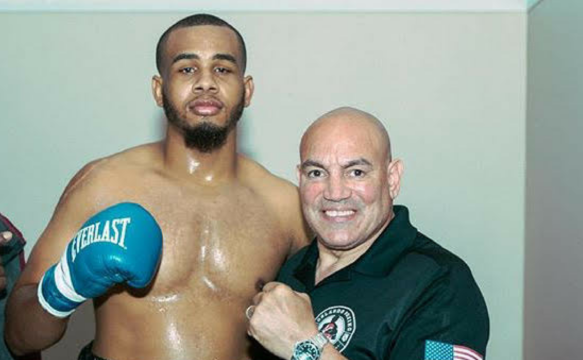 Sands hit Lamourt with a shot to the body at the beginning of the round. When asked if he could continue, Lamourt elected not to go further.

In preparation for the fight, Sands trained at the Orlando Boxing Academy, under coach Jose Cruz, who proclaimed Sands will be the next great heavyweight in the division.

“I’ve been around boxing for almost 40 years. I’ve had lots of champions, and what makes a champion is his inner fortitude, what he’s got inside of him,” Cruz said about Sands in an interview with Orlando Sentinel.

“Amron just goes out there and gets the job done. He never has much to say – he is a genuine kid and is extremely humble. “If everything goes as planned for Amron, he’ll be fighting for a world title in a couple years. He’s that good. This guy could really punch. He has power and precision, and that will take him a long way.”

If successful, Sands would be just the third Bahamian to hold a world title. Elisha Obed and Sherman “Tank” Williams were the first two respectively.