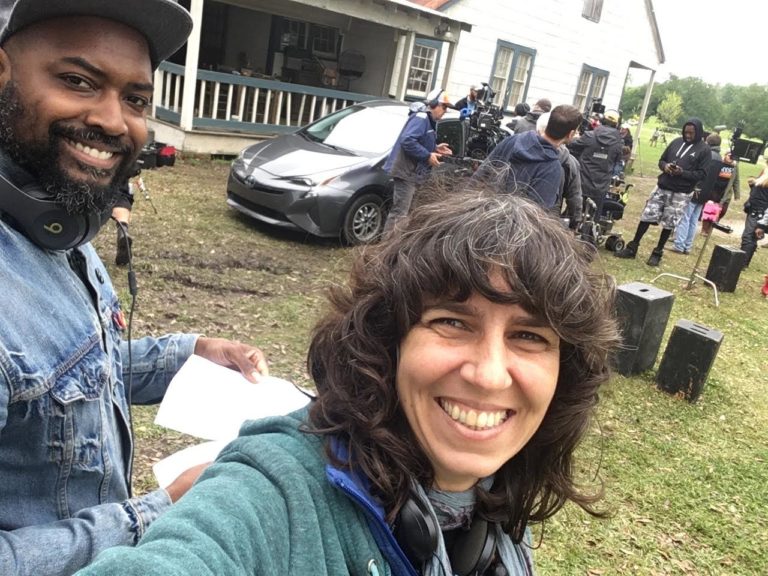 For the first time in history, a Bahamian filmmaker directed an episode of an international mainstream television show.

Hand-selected by award winning filmmaker and show creator Ava DuVernay, Govan has accomplished what most independent filmmakers aspire to.

During an intimate interview Eyewitness News Online at her home in The Bahamas last month, Govan candidly shared her experience directing Queen Sugar.

She said “it is an incredible blessing in her life” to have been selected to direct the episode, which will air on OWN Tuesday, May 29 and Wednesday, May 30.

“Most networks require that you have experience in directing for TV in order to be considered to direct for any tv series.

“It’s a vicious cycle and its not easy to break in to the world of television no matter how successful your films are.”

Aside from being the first Bahamian to direct any television show that reaches a global market, Govan would now be considered a pioneer for Bahamian women filmmakers.

“It’s particularly hard for women and minorities,” she said.

“We live in a very patriarchal white society and that’s just what it is, and Hollywood reflects that.

“She (DuVernay) is trying to usher us into this world to support women actually having a greater presence in TV.”

DuVernay, also the director of the critically acclaimed film Selma, is known for only hiring “young green directors” to direct Queen Sugar.

Govan’s endeavour to break into television, she said, started in 2017 when she approached Trinidadian actress Lorraine Toussaint and CCH Pounder, who has acted in a few of DuVernay’s films.

“I said to Lorraine, would you feel comfortable just mentioning my name to her? I totally understand if you don’t, but it you did, I would be so grateful,” Govan noted.

According to Toussaint, DuVernay watched Rain and, when approached about Govan possibly directing for her show, DuVernay said, “Oh yeah, Rain, what a lovely film. I’ll consider her for Season three.”

A year went by before Govan received a call from Pounder (another actress from Rain) that DuVernay decided to give a chance.

“I wake up the first morning and I get a call from CC and she says Ava’s looking for you. What number do I give her?” Govan shared.

Needless to say,  Govan was hired immediately after having only one telephone conversation with DuVernay.

By the end of March, Govan traveled to New Orleans to meet everyone the OWN network show executives and was knee deep in prepping for the episode.

Govan said she now feels “ready and able”, and that being afforded the opportunity to direct for TV has showed her what she was capable of. She attributed that growth in her confidence to this directorial experience.

She said she is now very eager to direct more content for television.

When asked if she could provide some insight into the episode that Govan directed, Davis said, “Maria directed a pretty major episode! There’s a return, a celebration, a revelation and as always – realizations. This is what makes Queen Sugar great.”

“She did a brilliant job of attending to the actors and, along with Director of Photography Kira Kelly, created beautiful frames. Queen Sugar feels more like a feature film than a television show and Maria upheld this wonderfully. “

“Not only in the way storylines are crafted, presented and filmed by women, black women and people of color, but in the example they give once they have the opportunity to do those jobs.

“In the words of Cameron Garrett’s recent Twitter post: “In 2014, I read an interview where @ava discussed directing SELMA. She was the first black woman director I’d ever seen. I didn’t even think about black women directing movies. This fall, I’ll be attending film school at NYU. Representation matters.”

Like Maria, Davis was personally selected by Ava DuVernay to direct Queen Sugar.

She expressed to Eyewitness News Online that she was honored to have the opportunity to direct two episodes last season.

Maria’s advice to budding filmmakers is to stay energized and feed your dream, as one day, it will come to life.

Queen Sugar is set in the fictional town of Saint Josephine, Louisiana, and chronicles the lives and loves of the estranged Bordelon siblings: Nova, a worldly-wise journalist and activist; Charley, the savvy wife and manager of a professional basketball star; and Ralph Angel, a formerly incarcerated young father in search of redemption.

After a family tragedy, the Bordelons must navigate the triumphs and struggles of their complicated lives in order to run a struggling sugarcane farm in the Deep South.