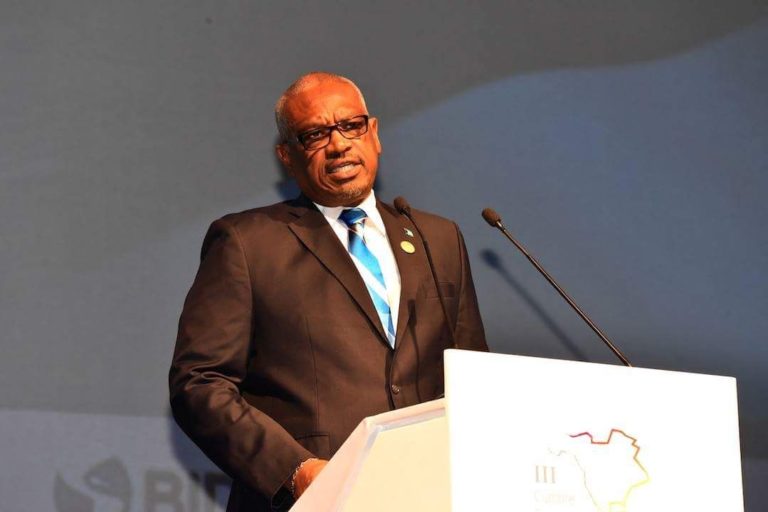 This year will be the best The Bahamas will experience since the 2008 economic downturn, declared Prime Minister Dr. Hubert Minnis at The Bahamas Global Empowerment Summit held at the Melia Resort Wednesday night.

“Our economy is set to grow by 2.5 percent this year,” Minnis said.

“Tourism is doing very well. Both Atlantis, Paradise Island and Baha Mar, are doing exceptionally well. Our economic prospects are improving, but we must do more to boost jobs and opportunity. The wanton corruption of the last five years has ended but, we must continue to reform our laws in order to confront a culture of corruption.

“Our public finances are improving, though we are not out of the woods.”

Dr. Minnis said however, that restoration for the second city of Freeport, Grand Bahama, was critical to the overall economic success of The Bahamas.

He foreshadowed key developments that will be announced during the upcoming 2018/2019 fiscal budget that include infrastructural upgrades to boost jobs, and the passing of several pieces of legislation that he said will make the citizenry more accountable.

“We will establish an integrity commission and work toward the confiscation of unexplained assets. The task of perfecting our government will always be a work in progress,” he said.

“Corruption retards economic growth. The people want greater transparency and my government has adopted a no tolerance approach as were strengthen public policy.”

Crime, according to Dr. Minnis however, has the potential of thwarting all of the positives that is happening economically.
“Let me note that while we have to see what happens over the longer term, crime is down in New Providence,” he said.

“Through the Citizen Safety and Justice Programme, we are providing education and training, intervention measures and job opportunities for former offenders and at-risk youth.”

The nation’s leader noted that political, economic and social reform must continue in tandem and recovery of the nation’s economy is not out of reach.

The three-day summit is spearheaded by CEO Network Founder Debbie Bartlett, under the theme: “Restoring and Strengthening the Pillars of our Nation Towards Economic Emancipation”.