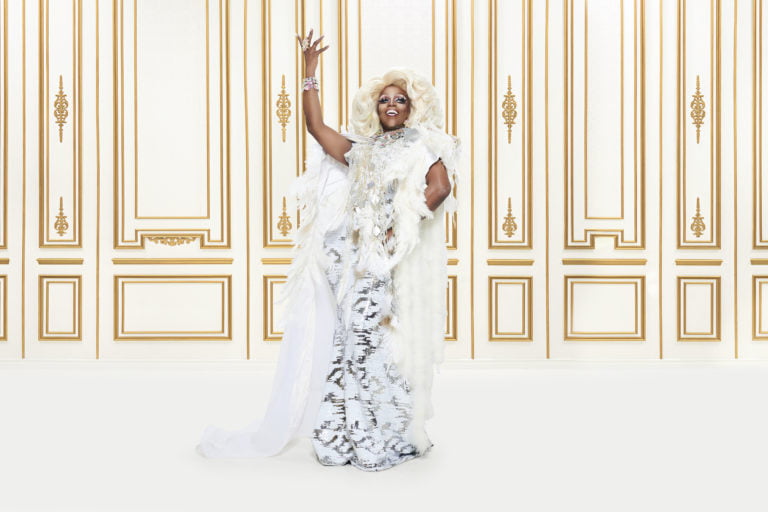 NASSAU, BAHAMAS — After grabbing the spotlight on an international reality show, a Bahamian drag queen has received local backlash for sharing her story of survival from a homophobic attack in The Bahamas.

Anastarzia Anaquay is among 11 other drag queens competing for the title of Canada’s First Drag Superstar and a $100,000 grand prize.

The show is a spinoff from RuPaul’s DragRace, which airs on VH1 and Netflix, and premiered on July 2 on Crave.

In the second episode of the series, the veteran drag queen opens up about her start in the business and her experiences with homophobia in The Bahamas — revealing that she was once shot.

“Unlike other countries like the United States and Canada, it wasn’t accepted at all,” Anastarzia said.

“I’m talking about I’ve had so many friends murdered and shot in the face as they’re opening their front doors.”

Anastarzia recalled the night she was shot in Nassau on July 4th 2013, telling her season costars that men approached her car and just started shooting as she pulled into her home driveway after work.

She said she sustained gunshot wounds in her arm, chest, and stomach and had to drive herself to the hospital.

After having to learn how to breathe and walk again, she said she claimed asylum in Canada.

Bahamians responded on social media over the weekend as the clip of Anastarzia sharing her story began to circulate.

Many people supported her journey, offering words of encouragement and well wishes.

However, some Bahamians attacked and berated the drag queen for spreading what they termed “misinformation”.

Detractors insisted that her claims were false, furthering that she had negatively portrayed the country by insinuating that it is an intolerant society.

Some even went as far as to say that homophobia did not exist in The Bahamas.

Yesterday, Anastarzia posted a death threat the she received.

The message read: “If he comes back home drag queening, he will be shot again. The Bible says put them to death, not my words.”

The names listed were high profile murder cases throughout the country believed to be members of the LGBTQ community.

“Just because you are angry, that doesn’t make my narrative any less true. Acting out of ignorance is no longer an excuse for the behavior being displayed.”

Anastarzia has won more than 15 pageants including Miss Canada International, Miss Gay Toronto, and is the reigning Miss Black Continental at large.

“Being on drag race is the culmination of an amazing 17-year career,” Anastarzia said.

“It allows me to represent all the little black boys and girls in third world countries like The Bahamas that have huge dreams but no resources to make them a reality.”

I’m one of those who support his journey, thank him for sharing his TRUTH, & encourage him to continue soaring, including on the competition. His story empowers, but also highlights the folly, segregation, and intolerance in this country – the response alone is an indicator of just how shocked to be revelated as a non-inclusive country The Bahamas is. They are mad – so fix your country by checking yourself. #Periodt. Oh, and thank you for reporting this so unbiasly and professionally Eyewitness!

It is well known that the Bahamas and Jamaica and othe islands are extremely homophobic. They pretend to be Christian but carry alot of hate in the heart.

Bahamas don’t pretend to be a Christian Nation we are a Christian Blessed Nation!! Certain things the country just don’t tolerate. Every country have their flaws on what they don’t tolerate. No disrespect to the gays and lesbians it’s their lifestyle but God created a man and a woman… Adam & Eve he never created two guys or two ladies for companionship. We should be kind and mindful of our words and it’s not nice to Treathing anyone thought. Peace&love

Being kind and mindful with your words sounds very hypocritical especially when your saying god created Adam and Eve / man and woman. That’s exactly the kind of narrative thats judgemental and discriminatory . How is that any of Gods teaching who are we to judge ? Live and let live ,
And become a better human become an ally encourage tolerance, acceptance and above all LOVE. Love is Love .

The word of God is clear, He created Adam and Eve not Adam and Bruce. Your lifestyle is your choice. We cannot change #TRUTH. God gave all of us choices, He told us to choose Him, He’s no forcing us to. But our choices have consequences.

Homosexuality and gender identity pre-date Christianity. In some cultures and societies it was celebrated. Not only that, homosexuality is also something seen in hundreds of animals. So to say it’s unnatural when its IN NATURE is a joke. Opinions only changed when a few people took the Bible….a fairytale book…and read it out of context. Let’s go through the Bible and see how much wrong YOU’VE done. You can’t cherry pick a couple lines and use them as an argument when there are so many others that counter said argument and condemn you. Lol

Jesus Lives in The Bahamas!

Love how the other 2 ignorant Bahamians responded. I’ve said it before and I’ll keep saying it, Bahamas is an evil, intolerant country where there are a lot of LGBTQ+ members, but no love for them so you would never guess just how much of them there are. So many of us has to be straight passing just to live our day to day lives. Everything about me and my lifestyle would get me killed and/or raped in Bahamas, but you couldn’t tell if you passed me in the streets, because that’s what I gotta do to survive.

This is sooo true. Being a member of the LGBTQ+ myself, The Bahamas and other so called Christian nations around the world view anything their bible claims as a sin as inherently evil especially when it comes to the LGBTQ+ community but yet maintains such as blasé attitude toward rape, murder, stealing and pedophilia. I will never understand how you can be so threatened by someone else’s sexuality and gender that you feel the need to harm someone on behalf of what you believe in. Praying for this one’s success and for the safety of the rest of our country’s LGBTQ+ community.

For years , centuries and milleniums human beings have been spitting in the faces of our creators and some of us wonder why the world is the way it is to this date . I aint no saint , I have my flaws just like everyone else but you dont see me going out in the public domain doing certain things that are deemed wrong by the law of the land or by the bible . Those members of that community who claims that the Bahamas is a hateful place , there are many other options available other than staying here and as for that man in that competition , how many people have been murdered during the time the persons he has listed were murdered . Get your facts straight before you open up your mouth and give the world something you cant take back , aint no person was going around targeting gay people . His situation was a random incident and those others may have been domestic violence gone to far like in the instance of nellie mae (may her soul rest in peace) or drug related . All I’m saying is that you cant pick out a few murders out of the whole bunch and then say it is gay violence when it was just murders

Anyone that puts “ain’t no” in their argument loses all credibility. This is all literally just your opinion. Hate crime is a real thing, your “creators” don’t actually have a face to spit in (and even if they did we would be asking them why they made us this way, only to condemn us) and please for the love of the flying spaghetti monster, learn the meaning of a double negative!

No you going to hell for judging and I would be going to for telling you where your going, very contradicting, the bible said judge not yet you be not judged, pointing out where someone is going is a sin in it self, you also had nothing to back up anything the person said because it was instilled in you to hate, passed down from generations, clean the log out of your eye before you try to clean the stick out of others. You dont have to support them, but you should/must love the person for just being a person. Man makes the sin the sin does not make the man. God looks at the heart

Love Covers A multitude of lost identity, The eyes of Love dont Condemned, Love give life and Change the life of a soul, God did not send The King into the World to Condemned it but to save it. All Sin/Rebellion was place on the King, King Jesus. If someone Nature is Lost you dont Condemned them you bring the light into there life, but if you are save and your flesh is master in your life you Correct in Love or the Flesh will be condemned because of the carnal life style….The Kingdom is for All

One day, the word homophobic may actually be regarded as offensive and it will hurt some feelings….thank goodness it’s not today.

This seems like a dichotomy especially in a world lacking in love. But it is very much possible. The single commandment Jesus left us with is to love one another. There were no conditions.

Hey bro yes we must Love, but i want to Encourage you to surrender, you may be saved but not fully surrenderd. You still doing your own thing, your life still belong to you, surrender it let go of the Carnal Mind bro

Homophobic or not. LYING is a bad character trait and should definitely not be tolerated.

Kudos to all comments….freedom of speech.
I am not here to judge anyone, but my one true living God gave all the Will of choice. I say, to each it’s own. I’ve met a few gay people and two are my friends, but they know where I stand. I dont preach to them nor do i try to change their …choice. What I have said to them is that, a gay woman cant give another woman a child and a gay man cant born one…..plain and simple. Now they can continue to fluff until His second coming..
Ps…the murders in question, I think one or two high profile cases never were solved by the police. It’s my opinion the lgbt community knows full well who the murderer (s) is (are), divulge information to relevant authorities. Please, Dont go on international tv to say Bahamians hating yall..I suspect one of yall killed one, two, maybe three or more of yall.