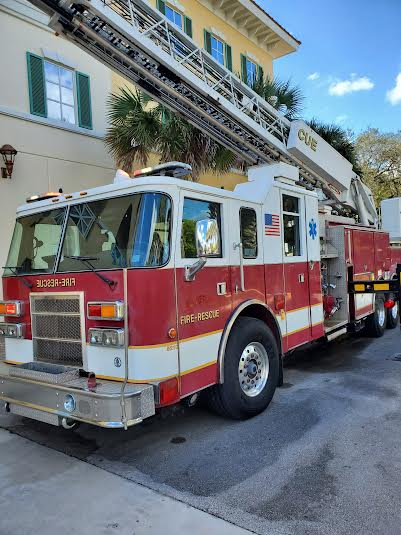 In early 2022, the Bahamas Diaspora group successfully secured a fire truck that will serve the people of Freeport, Grand Bahama, and a rescue vehicle for the people of Exuma from the City of Lauderhill, Florida.

NASSAU, BAHAMAS — The Bahamas Diaspora group successfully secured a fire truck that will serve the people of Freeport, Grand Bahama, and a rescue vehicle for the people of Exuma from the City of Lauderhill, Florida.

The Bahamas Diaspora consists of a group of Bahamians living abroad with a vision to continue to help in nation-building, in spite of not being present at home, by using their resources to make a difference.

The inaugural Bahamas Diaspora Summit and Trade Show will take place in Miami from July 22-24, 2022. Presenters will conduct workshops on investments, education and many other topics. During the general sessions, distinguished keynote speakers with diverse disciplines will share their vision on how the diaspora can play a role in the advancement of The Bahamas.

Andy Ingraham, founder and president of Bahamas Diaspora, said: “You take a simple issue such as the fire equipment that was donated to The Bahamas yesterday; as a Bahamian, when I heard that the City of Lauderhill was decommissioning fire equipment that was still usable, I went to work on seeing if we in The Bahamas could get that equipment, which was earmarked for another country.

“Relationships and connections do work, and having individuals on the commission that had Bahamian ties allowed us to work together to influence the other commissioner to see it our way.

In early 2022, the Bahamas Diaspora group successfully secured a fire truck that will serve the people of Freeport, Grand Bahama, and a rescue vehicle for the people of Exuma from the City of Lauderhill, Florida.

“Our goal in the Bahamas Diaspora is to showcase what we have and how helpful we can be to The Bahamas by using our talents, connections and resources to give back.

“Unfortunately, in the past, there has been very little interaction between Bahamians abroad and the Bahamas government.

“Just imagine if a Bahamian living in New York was encouraged to invest in The Bahamas and the welcome mat was put out. That, in itself, would give many of us the confidence to look at doing business at home and not run into red tape or being discouraged by the lack of respect for what we bring to the table.”

Ingraham referred to Hurricane Dorian, where thousands of Bahamians all across the diaspora answered the call to help.

He stated: “I intend to start a movement to showcase Bahamians abroad and their desire to bring their resources and connections to help build a better Bahamas.”