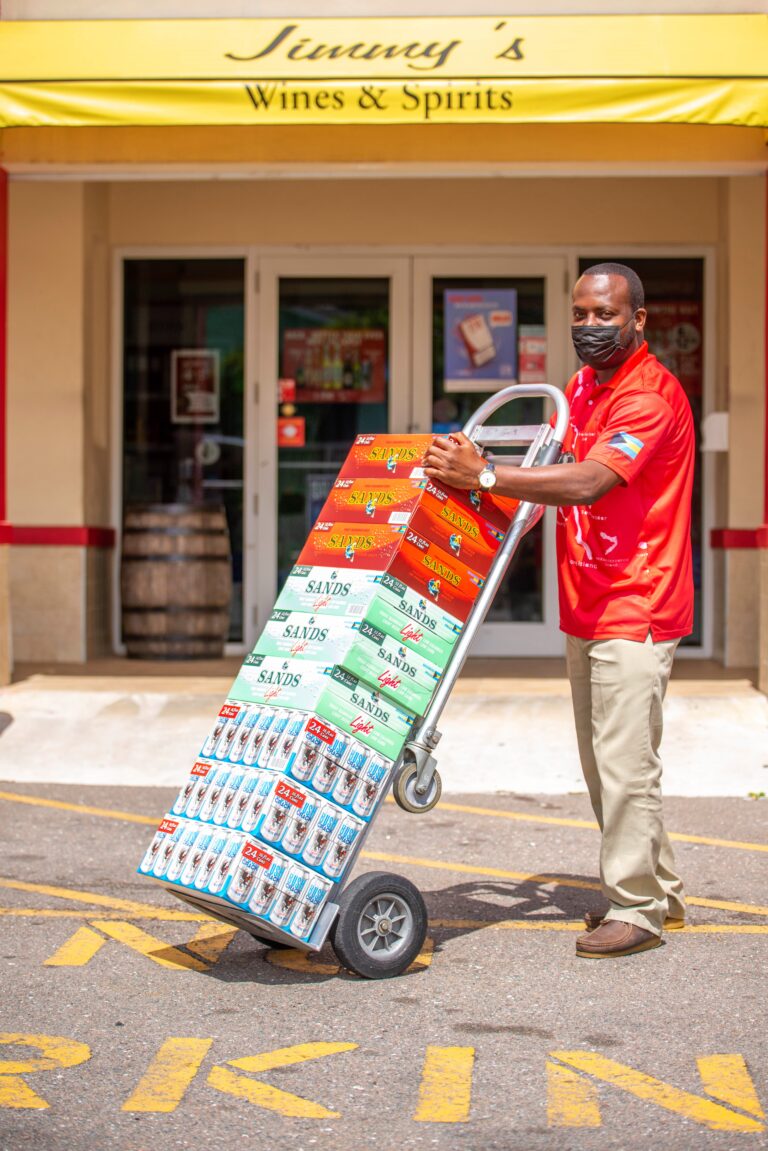 FREEPORT, GRAND BAHAMA — In 2020, The Bahamas joined 69 nations across the globe that have banned single-use plastics to promote greater environmental sustainability. The move was part of efforts to rethink the national management of solid waste and offered businesses an opportunity to reduce plastic and Styrofoam waste that have, over the past many years, resulted in the widespread pollution and contamination of our environment, which threatens our marine and terrestrial biodiversity.

Even before the national push toward environmental sustainability, the Bahamian Brewery & Beverage Company (BBB) was among the companies leading the way. For more than 11 years, the truly Bahamian brewery has recycled its beer bottles. The company recently expanded its bottle buy-back initiative, adding two additional locations in Nassau for a total of four locations where customers can return their bottles for money.

Since resuming production of its truly Bahamian beer products following Hurricane Dorian, the company has taken its sustainability efforts a step further. The reintroduction of the brewery’s flagship brands included major changes to its packaging as well.

Gary Sands, general manager of Bahamian Brewery & Beverage Company, explained: “We were able to use the Dorian rebuild as an opportunity to change our beer can carriers.

“We have eliminated the use of plastic wrapping for packaging our canned beer, making us the only mass and locally produced beer to do so.”

In the past, the brewery relied heavily on the use of plastic wrap. The plastic had to be heat sealed before shipping and distribution.

Clayton Russell, assistant general manager, noted: “We had to buy the plastic wrap and send it through a heat tunnel to seal the case. Coming off the rebuild of the brewery, we wanted to take steps to become more environmentally friendly while still offering our customers the quality packaging they’ve come to expect.”

As part of the new packaging, both the can and bottle boxes are made from 100 percent recycled material and are FSC certified — the gold standard for materials harvested in the most environmentally friendly, socially beneficial and economically viable way.

The company’s switch to plastic-free packaging has also extended to its retail operations.

“For those traditionalists like my dad and grandad, we have the beloved paper bags, which are synonymous with liquor stores across the country.”

Both changes are part of the Bahamian Brewery’s and Sands family’s commitment to the environment.

“We’ve seen great success with our bottle recycling program and so we wanted to take our environmental efforts a step further,” explained the young general manager.

“Not only does the new packaging give BBB’s signature products a nicer presentation, but it has resulted in a more environmentally-friendly operation.”