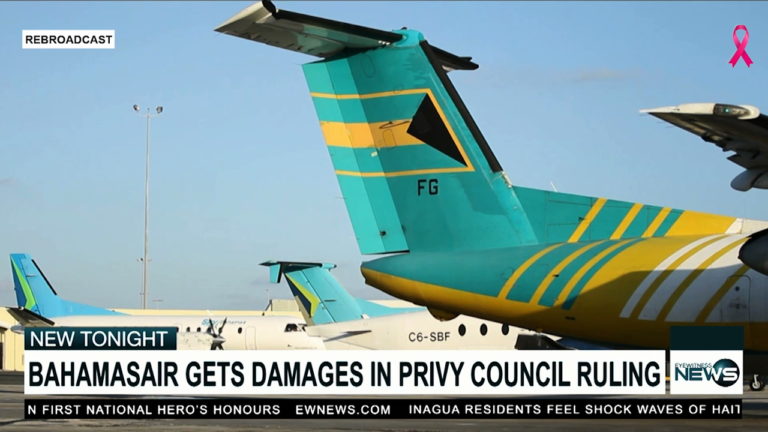 Tracy Cooper, Managing Director of the national flag carrier Bahamasair told Eyewitness News Tuesday that the company is pleased with the recent Court of Appeal ruling which would allow the airline to claim damages and interest of more than $5 million.

The claim will cover the damages made in the 2007 crash landing that took place on a Bahamasair Dash 8 aircraft in which the left main landing gear collapsed when it touched down at the Governors Harbor International airport. At the time, the aircraft was chartering 48 passengers.

“We’re quite happy about this ruling because it shows that Bahamasair is very conscious about its maintenance product and this ruling kind of absorbs Bahamasair of what we would call a blemish on its record,” Cooper explained.

“We always thought this was a product of the manufacturing of the landing gear, and as such, Bahamasair in conjunction with its insurers bought a litigation and it can be seen that the Privy council has ruled in favour of Bahamasair.”