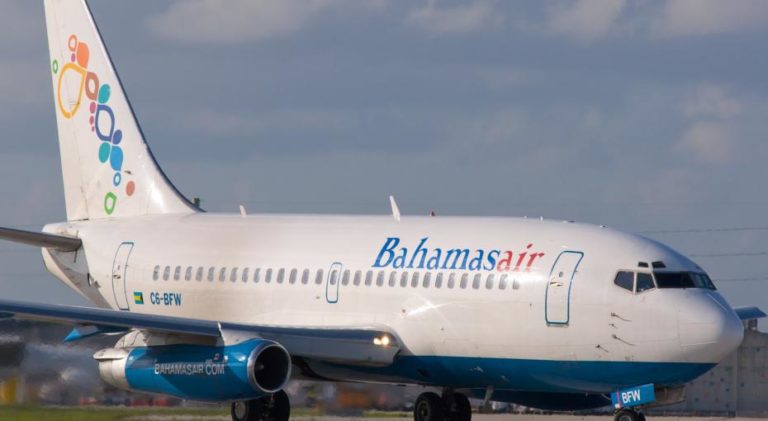 NASSAU, BAHAMAS —Bahamasair will begin a phased ramp up of its flight services based on demand, according to its chairman Tommy Turnquest.

Turnquest told Eyewitness News that the national flag carrier has had a ‘rough fiscal year’ having suffered some $20 million in losses due to a combination of Hurricane Dorian and COVID-19.

“We will commence a phased ramp up based on demand,” he said.

“We haven’t laid off anyone. The administrative staff is coming back on Wednesday and the operational staff will be advised by their various departments based on need between now and Monday,” said Turnquest.

The airline has a total of 595 employees.

Turnquest noted that COVID-19 has had a significant financial impact on the carrier, with fears of the virus having brought travel to a halt back in March.

“There is a huge financial cost, roughly $10.5 million since March,” he continued.

“That’s just the amount of cash we have burnt over the last three months. It’s been a rough fiscal year. Our fiscal year ends June 30, to coincide with the government’s fiscal year. You take the $10.5 million and couple that $8 million from Dorian and it’s been really rough.

“We have tempered our expectations. The Bahamas has done a good job relative to the rest of the world in the way we have dealt with the pandemic. A lot of people see The Bahamas as a good place to come. We have to be careful but we are also hopeful.”

Despite the financial hit the airline has taken, Turnquest said there are some opportunities for the airline to capitalize on.

He said: “We do have some opportunities. We will try to capitalize on them. We will do what we can to make it work. It’s been a three months drain coupled with Dorian last year but we’re fighting through it.”

The Office of the Prime Minister announced the country’s borders will be opened for regular domestic commercial flights and for domestic pleasure craft and yachts to all islands of The Bahamas on June 8.

The reopening of regular commercial domestic travel is part of the broader opening of the economy and to accommodate hurricane season preparations.