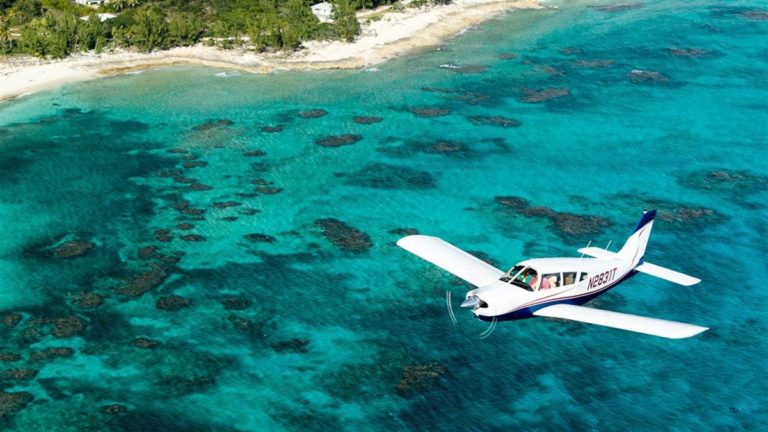 Rick Gardner, a US commercial pilot, flight instructor and Bahamas Flying Ambassador, told Eyewitness News that traffic between July 1 to September 16 was double last year’s numbers, despite it being a traditionally slow period.

“However, in July we saw an uptick and in August we saw volumes closing in on 2019 levels. So far in September, traffic is almost at 2019 levels overall. Granted, August and September are historically very low months for international tourism flights, so we are comparing “pent up” demand for people wanting to take vacations in August and September 2020 versus normal demand in prior years.”

He continued: “Definitely comparing apples and oranges and a pretty pessimistic result considering that most people are fed up with quarantines and wanting to vacation. One would be expecting a higher than normal traffic now that some countries are opening their borders and that resorts in those countries are reopening.

“There are a number of dynamics that are currently affecting the destinations of many tourism-driven flights. The fact that many countries continue to remain closed, or have severe restrictions, to international flights has greatly reduced the options available for persons looking to vacation internationally.”

He said: “This is driving the available tourism traffic to fewer destinations than would normally be available.”

While overall volumes might be down, Gardner said individual countries may be seeing much better results than the overall traffic numbers would indicate.

He pointed out that two of the largest destinations for private tourism flights are The Bahamas and Mexico.

Gardner noted that based on flights assisted by his firm, between July 1 to September 16, for Mexico, traffic is at 97 percent when compared to traffic to the country during the same period in 2019.

“While this is not a reflection of the volume of international tourism flights overall, it is an indication that the strategy implemented by The Bahamas government to cautiously open the country with the COVID testing requirement is bearing fruit,” Gardner said.

“The limited international tourism flights are having to select from a fewer number of destinations and The Bahamas is clearly winning in being selected as a destination. Unfortunately, we are measuring percentages during a period of very low traffic. In other words, 200 percent of a low number, is still a low number.”

He said: “Subjectively, we have seen other signs of interest in travel to The Bahamas. In August, I spent an almost record amount of hours answering AOPA Members (private pilots) questions on how to fly to The Bahamas.

“This month I was asked by the FAA Safety Team to conduct a live webinar on travel to The Bahamas in November of this year. So, there is a definite increase in interest as well as actual traffic to The Bahamas by private aircraft.”