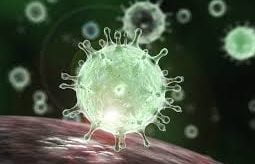 NASSAU, BAHAMAS — The Bahamas continues to use the antiviral drug remdesivir in severe COVID-19 cases despite a lack of consensus among the global health society on its use, according to National HIV/AIDS and Infectious Disease Programme Director Dr Nikkiah Forbes.

In an interview with Eyewitness News, Forbes explained that while a clinical study into the drug has been completed and recommendations made, there remains mixed results based upon other trials of the drug.

She noted that The Bahamas was enrolled as a World Health Organization (WHO) Solidarity Trial participant through the Office of the Chief Medical Officer.

In November of last year, the WHO issued a conditional recommendation against the use of the drug on hospitalized patients, regardless of disease severity, given that there is currently no evidence that remdesivir improves survival and other outcomes in those patients.

The recommendation means there was insufficient evidence to support its use.

The WHO study, which was not peer-reviewed, also found that four particular treatments tested — remdesivir, hydroxychloroquine, lopinavir/ritonavir and interferon — had little or no effect on whether hospitalized patients recovered.

However, Forbes noted that The Bahamas follows the Infectious Diseases Society of America (IDSA) recommended use of the drug among hospitalized patients with severe COVID-19 symptoms, including patients on supplemental oxygen but not on mechanical ventilation or ECMO.

A study conducted by the IDSA showed somewhat reduced hospitalizations for patients on the antiviral drug.

Several coronavirus patients at health facilities in the country have been treated with the antiviral drug.

As the world continues to search for adequate treatment for the virus, several new vaccines have been introduced to the market.

Forbes asserted that another vaccine being introduced to protect people against getting the virus is “a very good thing”.

“As the companies complete their clinical trials and have positive and good findings, it’s very encouraging that they’re demonstrating good efficacy and that we are seeing other developments like one-dose vaccines,” she said.

On Saturday, Johnson & Johnson’s COVID-19 vaccine became the third vaccine to receive emergency use authorization by the FDA in the United States, joining the Pfizer-BioNTec and Moderna vaccine.

The EUA allows the Janssen COVID-19 vaccine to be distributed in the United States for use in individuals 18 years or older.

It is currently a one-dose vaccine and has an overall efficacy of about 85 percent roughly 28 days following vaccination.

The Bahamas was expected to receive the first tranche of 100,000 doses of the AstraZeneca vaccine last week, as part of the WHO/Pan American Health Organization COVAX facility.

However, there has been no formal announcement from the government on the arrival of the vaccine.

HCQ & Ivermectin…. always behind the curve