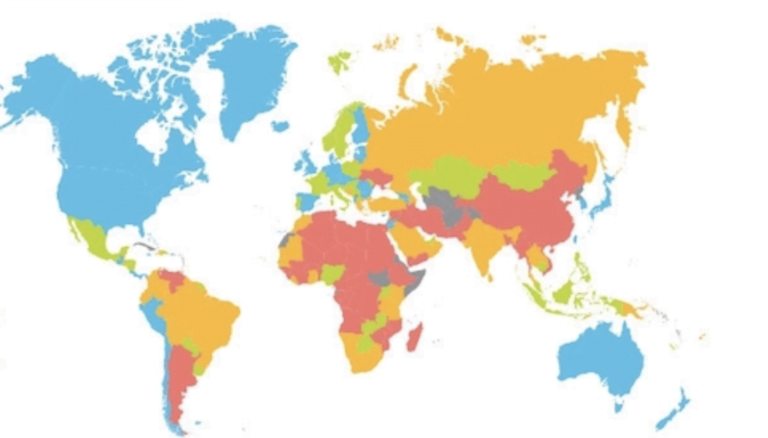 NASSAU, BAHAMAS — The Bahamas has been ranked 39th out of 162 nations included in the Economic Freedom of the World 2020 Annual Report.

This represents a rank climb of 19 spots over the previous year when The Bahamas was ranked 58.

The Nassau Institute released the report on Saturday.

The report is based on 2018 data measures economic freedom, defined as the ability of individuals to make their own economic decisions.

It analyses the policies and institutions of the listed countries in five key areas — regulation, freedom to trade internationally, size of government, property rights, government spending and taxation.

The Bahamas’ score for its size of government increased from 8.1 out of 10 last year to 9.1 this year — the second-highest score of the list; only topped by Guatemala, which received a score of 9.51.

However, the ‘impartiality of the courts’ saw a decreased score — from 6.62 last year to 5.73. Similarly, the ‘integrity of the legal system’ in The Bahamas also saw its score from 7.5 to 6.7.

And the score for the regulation of credit rose marginally from 8.22 to 8.46.

However, The Bahamas’ score for ‘freedom to trade internationally’ declined from 6.54 to 6.25.

It said the apparent increased insecurity of property rights and the weakening of the rule of law caused by the interventions of the Chinese government during 2019 and 2020 will likely have a negative impact on Hong Kong’s score, particularly in its legal system and property rights going forward.

In the region, The Bahamas trailed just behind Jamaica, which ranked 36 out of 162 countries.

The Dominican Republic ranked 46, though its score for ‘sound money’ and freedom to trade internationally was higher than that of The Bahamas at 9.57 and 8.14 respectively.

Trinidad and Tobago ranked 65 on the economic freedom list, while Guyana ranked 95; Belize ranked 101; Haiti ranked 104; Suriname ranked 112 and Barbados came in at 122.

For example, countries in the lowest quartile have a substantially higher percentage of the population in extreme poverty — 31.5 percent compared to 1.7 percent among countries in the top quartile.

Additionally, residents in countries in the top quartile had a significantly higher life expectancy than those in the lowest quartile — 80.3 years compared to 65.6 years.

“Where people are free to pursue their own opportunities and make their own choices, they lead more prosperous, happier and healthier lives,” said Fred McMahon, holder of the Dr. Michael A. Walker Research Chair in Economic Freedom at the Fraser Institute.

With its rank of 39, The Bahamas once again ranks in the top quartile —

But at least they ranked us better than Jamaica.