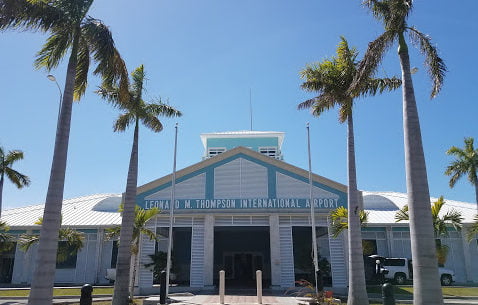 NASSAU, BAHAMAS — The Ministry of Tourism and Aviation (MOTA) is seeking qualified private partners to update, operate and improve a number of Family Island airports in an effort to increase visitor arrivals and drive economic growth.

In this vein, interested parties were invited to attend an industry forum regarding opportunities under the proposed public-private partnership (PPP) for the Bahamas Airports PPP Program. The forum was held virtually on Monday, June 28, 2021.

Minister of Tourism and Aviation Dionisio D’Aguilar underscored the importance of such an initiative during his opening remarks.

“We are anxious to embark on our program of rehabilitating and rebuilding our airports in a number of our key Family Islands,” he told the forum.

“It’s very ambitious and we feel that it makes economic sense and hopefully you will see that and be mindful to participate in what we feel would be an interesting investment.”

A main objective of the initiative is to focus on sustainable and resilient long-term solutions to rebuilding airport infrastructure on a number of key Family Islands, namely:

D’Aguilar said: “We have reviewed those islands where we need these airports. We feel that they have sufficient traffic and as we look into the future, the growth potential on these islands, we feel, is quite substantial. And if we build the airports, we feel that would add to the growth of those islands.”

Under the PPP program, the airport facilities are not being sold. The government is seeking experienced, qualified private partners to update, operate and improve the portfolio of airports to drive traffic and revenue growth and further enhance quality of service.

The minister said: “This is a very exciting event for us. This is the first time we have contemplated such a mechanism to fund some major infrastructure projects here in The Bahamas.”

D’Aguilar explained that The Bahamas is an archipelagic country made up of 700 islands and cays, and so aviation is a critical component of its infrastructure, resulting in having many airports.

Moreover, the government owns and operates 30 airports, with its flagship being Lynden Pindling International Airport (LPIA) located on New Providence.

About 10 years ago, an estimated half a billion dollars was spent on renovating LPIA in a public-private partnership venture. Hence, a similar approach is being taken with Family Island airports.