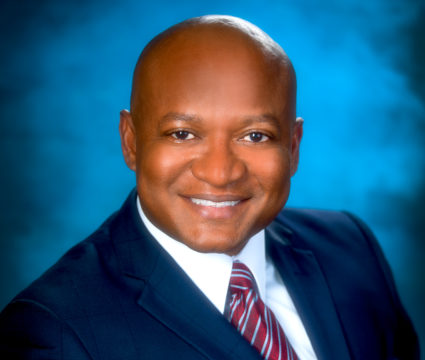 The Bahamas Gaming Operators Association (BGOA) rigorously defended its member operators yesterday, from what it characterized as highly partisan voices of support for a “colour tax, on the industry”.

Organisation for Responsible Governance (ORG) Principal Robert Myers told The Tribune that gaming operators  have “exceptionally high margins” and claimed gaming operators “got away with murder”.

“The people said no, the then government forced it to say yes, and they should be taxed more or we put in a national lottery…” Myers said.

“We consider the comments attributed to Mr. Myers – Principal of the Organization for Responsible Governance (ORG), with respect to the domestic gaming industry, to be very disparaging,” BGOA CEO Gershan Major said in a statement yesterday.

“Mr. Myers must not have been living in The Bahamas for the past fifty (50) years, where a select few, whom he himself is familiar, and have been part of the merchant class have been price makers and the masses of Bahamians have been the price takers. This is what we would consider as ‘getting away with murder’.

“Mr. Myers should be the last person to utter statements of opinion on what the Government should or should not do in relations to taxes in general and as it relates to the domestic gaming industry, in particular.

“This is the same Robert Myers, who in October 2014, had to step down as Chairman of The Bahamas Chamber of Commerce and Employer’s Confederation amidst allegations that he submitted false customs brokerage documents to avoid paying the correct amount of taxes for importing his Porsche SUV.

“This same Robert Myers, who eventually had to pay a fine for such an infraction, which in itself under the laws of The Bahamas, meant he was found wanting. He now has the authority to lecture the Government on how it should tax the domestic gaming industry, when he himself was found negligent in wanting to pay his fair share of taxes in a matter as minor as the importation of a vehicle, where he is of the income bracket to do so.”

The statement continued, “One would expect that an organization such as ORG, which he represents as a Principal, should seek to consult with the domestic gaming sector to better understand the facts before making such nonsensical public statements.

“If Mr. Myers was as informed as he purports, he should also be aware that his own organization’s leadership met with the CEO of the BGOA, just earlier this month, to have exploratory discussions around potential collaboration on matters related to National educational initiative improvements in The Bahamas.”

Major said the facts are that the domestic gaming industry already pays more than its fair share of taxes at 11% or 25% of EBITDA, whichever is greater, coupled with millions in fees for its locations, franchises, hiring of Bahamians and 7.5% in VAT on all of its procurement of products and services, without being able to claim.

As an aggregate percentage of taxes and fees, he said, the domestic gaming industry pays in excess of 21%.

“Like any other industry, we welcome paying our fair share of any potential tax increases, provided other sectors are asked to do likewise. It cannot continue to be a matter of economic profiling,” he said.

“We cannot be summarily singled out and other similar progressive sectors be left untouched. We cannot continue to experience punitive increase in taxes based on the same colonial paradigm that suggests, young black wealth should have a different standard than other colour forms of wealth in this country, especially when the current economic model suggests that there ought not to be such wealth even attempted much less achieved. What is good for the goose must be good for the gander.”

The Bahamas Gaming Operators Association (BGOA) is a non-profit organization that represents the licensees of the domestic gaming industry.