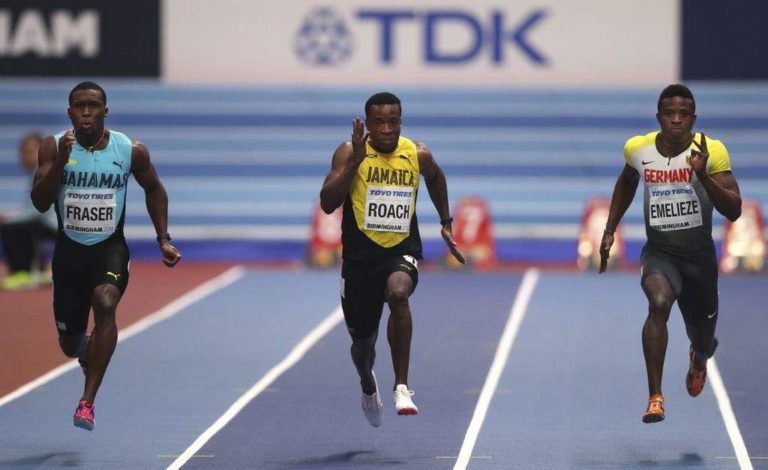 Team Bahamas failed to capture a medal at the 17th edition of the International Association of Athletic Federations (IAAF) World Indoor Championships, which took place in Birmingham, United Kingdom, over the weekend.

Devynne Charlton was the only member of the five-person team to advance to a final over the course of the three-day meet. On Saturday, she finished eighth overall in the women’s 60-meter (m) hurdles in 8.18 seconds. Charlton set a national indoor record of 7.89 seconds in the semifinal round and finished second in that heat.

“I expected to get through but to get a PB and a national record is the icing on the cake’” Charlton said about her time at the indoor championships. “This is my sixth World Championships and the first time I’ve made the final so I’m really happy.”

“I’m glad I made it to the semifinal, but I wish I could have run faster,” Fraser said following the race. “Again, a semifinal – it is, what it is.

“I felt like I was ready to run fast, but my body just didn’t have enough time to adjust,” Fraser said. “In past events I am usually over here for a longer period of time.”

Other members of the team that traveled were Jamal Wilson, Alonzo Russell and Donald Thomas.