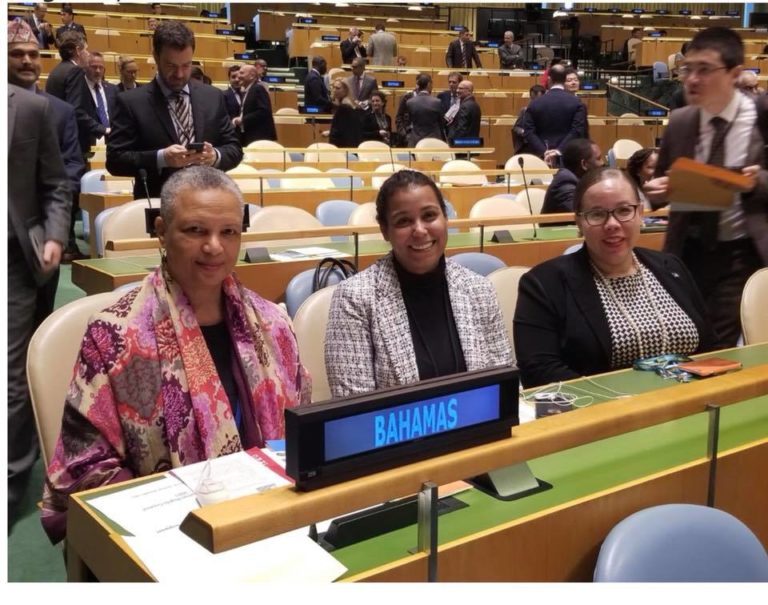 The Bahamas was elected by the United Nations General Assembly (UNGA), on October 12, to serve on the Human Rights Council (HRC).

The HRC was created by the UNGA in 2006, replacing the former UN Human Rights Commission, and is the UN organ responsible for promoting and protecting human rights worldwide.

Also elected from the Latin American and Caribbean Group were Argentina and Uruguay. Fiji, a fellow member with The Bahamas in the Alliance of Small Island States (AOSIS), was also successful.  The other countries elected on October 12 were Austria, Bahrain, Bangladesh, Bulgaria, Burkina Faso, Cameroon, Czech Republic, Denmark, Eritrea, India, Italy, Philippines, Somalia and Togo.

The Bahamas will serve a three-year term on the Human Rights Council, commencing January 1, 2019, along with the other countries elected.  This is the first time a CARICOM Country has attained a seat on the Council.  The Bahamas, Bahrain and Fiji are the only Small Island Developing States (SIDS) in the 2019-2021 cohort and, of these, The Bahamas and Fiji will be first-time members.

During its term on the Council, The Bahamas has pledged to ensure that the interests of CARICOM States, SIDS and other Small States are well served, as well as to draw greater attention to the nexus between human rights and issues such as climate change and sustainable development.  The Bahamas will continue to underscore the importance of technical assistance and support for capacity building in the promotion and protection of human rights.