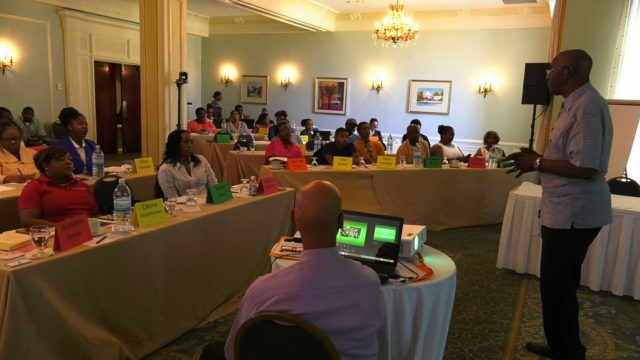 Entrepreneurs who can develop new and exciting business ideas that could ultimately assist in diversifying the country’s tourism product could receive up to $50, 000 to fund their ideas, a senior tourism official confirmed Monday.

According to Director of Business Development in the Ministry of Tourism Janet Johnson, the ministry, in conjunction with the Bahamas Development Bank (BDB), is excited about the prospect of new business ideas which could possibly reshape the face of the country’s tourism product.

Johnson’s comments came on the heels of a two-day conference which was aimed at providing an open forum for Bahamian entrepreneurs to discuss their ideas, work toward producing a business plan and provide access to funding.

The venture is being funded in partnership with the BDB.

Minister of Tourism Dionisio D’Aguilar recently highlighted that of the millions of tourists who visit The Bahamas, a large percentage of them arrive via cruise ships.

He noted that of that number, only half actually disembark, and less than half of that ratio actually spends while in port.

He suggested that diversification will remedy the setback.

“We need new and bright ideas to attract those tourist dollars.”

Athama Bowe, veteran tourism specialist, suggested to Eyewitness News that an injection of authenticity is what will begin to set those “bright” ideas apart.

“If you look at beach towels with a photo of someone or something from a competitive destination on it, we need our own Bahamian faces on our souvenirs,” he touted.

“Why can’t we have the face of Raphael Munnings, Peanuts, Exuma, Chippie? Why does it have to be that one (from another country)?

“When we do that we are selling our visitors to the competitive destinations.”

He continued, “We are now looking for the heart and soul of the Bahamian.”

One interesting idea that was said to have caught the attention of tourism officials during the two-day conference, is the proposed introduction of botany tourism, a guided tour experiencing unique flora and fauna.

Whether new ideas are products or services, D’Aguilar encouraged budding entrepreneurs to ensure that technology and social media interaction is included in the business’ development plans.

“Visitors do a lot of research before they get here, so whatever business you do, you have to make sure that it is online,” he said.

“You have to ensure that you include this in your business plan, how you will deal with this new aspect in the digital era, because it’s just the way people shop now and you have to recognize that the world has changed.”

Interested entrepreneurs are being encouraged to produce a comprehensive business plan before seeking funding.

Johnson said it is estimated that successful applicants could have access to the capital funding within at least six months.