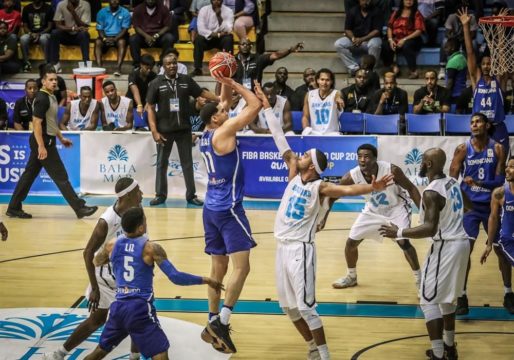 The Bahamas men’s national basketball team came up short yesterday in a FIBA 2019 World Cup qualifying game against the Dominican Republic at the Kendal Isaacs Gymnasium.

Victor Liz had 19 points to lead the Dominican Republic to a 96-63 wire-to-wire victory. Rigoberto Mendoza scored 18 points in the win and Louis Montero added 17 points and eight rebounds.

The Bahamas’ shooting woes continued against the Dominican Republic, as the team went just 4-for-19 from behind the three-point line. The Dominican Republic’s defense came up with 21 steals and forced 23 turnovers, which it converted into 23 points on the offensive end.

The Bahamas trailed by as much as 36 in the game and never got closer than within 15 in the second half.

After going winless in the first two games of the 2019 World Cup qualifying window against Canada and the U.S. Virgin Islands in September, The Bahamas had to win its remaining qualifying games in order to advance to the FIBA World Cup.

Team Bahamas hosts Canada on Sunday then plays its final two games on the road on Friday, June 29 in the U.S. Virgin Islands and Monday, July 2 in the Dominican Republic.