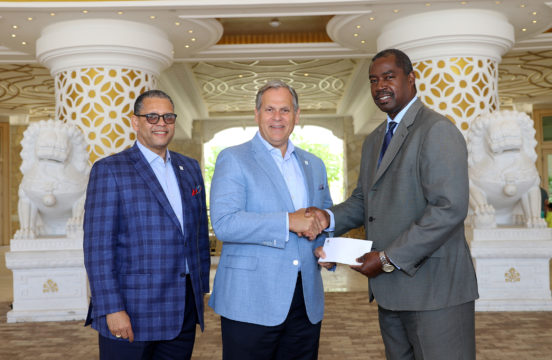 President of Baha Mar Graeme Davis donated $22,500 to the National Emergency Management Agency (NEMA) on Thursday at the Grand Hyatt.

The donated funds were raised during the 2017 Necker Cup – a tennis tournament hosted annually by the Founder of Virgin, Sir Richard Branson.

The tournament, which is normally held in the British Virgin Islands (BVI), on Sir Richard Branson’s “Necker Island”, was relocated to The Bahamas due to the destruction caused by Hurricane Irma.