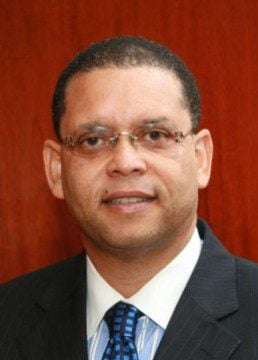 NASSAU, BAHAMAS – Baha Mar on Thursday confirmed that they have engaged a local water sports company to offer water activities to their guests.

Last week, Goodman’s Bay jet-ski operators demonstrated on the popular beach, claiming that a new water sports company had allegedly set up shop at Baha Mar, which interfered with their flow of income.

But in a statement issued yesterday, Baha Mar Senior Vice-President of Government and Community Relations, Robert ‘Sandy’ Sands, confirmed that the hotel has engaged a Bahamian-owned company, namely, Jet Surf Bahamas Limited, as a third party company to add aqua karts to the array of watersport activities available to visitors in the Cable Beach area.

Sands underscored that all concerns in regards to the new licensee has been addressed with Transport Minister, Renward Wells, as well as with Goodman’s Bay jet ski operators.

According to Sands, at no time has Jet Surf been in violation of New Providence Port Department regulations and he also wanted to make it clear that the hotel does not hold any watersport licenses.

Earlier this week parliamentarians got into a heated debate in the House of Assembly, as it relates to the water sports company that operates at the Baha Mar Resort.

Opposition Leader Philip Brave Davis raised concerns in the Lower Chamber about transparency when it comes to awarding licenses, while Minister of Transport and Aviation, Renward Wells, confirmed that the embargo on new jet-ski licenses is still in effect.