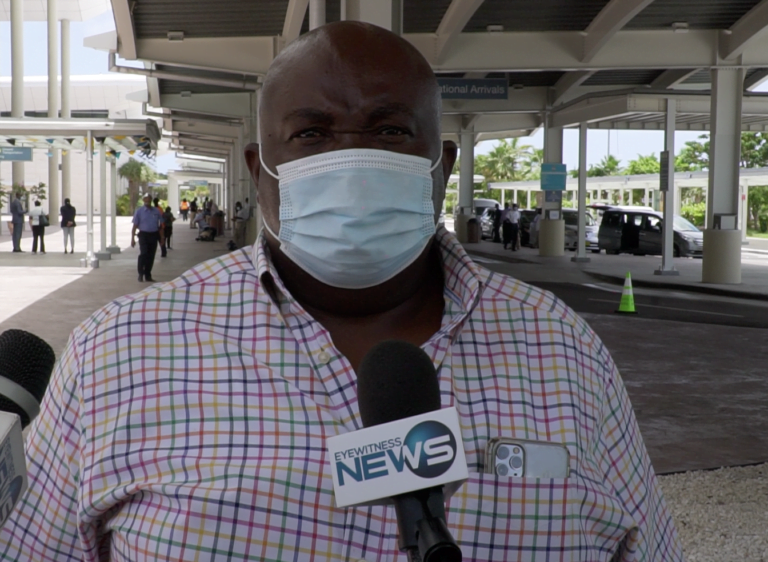 NASSAU, BAHAMAS — The Bahamas Taxicab Union (BTCU) president said yesterday that “everything is looking bright and beautiful” for the sector amid a rebound in visitor arrivals.

Wesley Ferguson, the taxi union president told Eyewitness News that heading into the Thanksgiving holiday weekend business is up ‘100 percent’ over the same period last year.

He said there was optimism and excitement in the industry with rising cruise and air arrivals.

“Everything is looking bright and beautiful,” said Ferguson.

“Taxi drivers are excited. The arrival numbers have been going up rapidly every day with the cruise ship and the airlines. Taxi driers are excited looking to enjoy a strong holiday season. We are optimistic about the forecast going into the Christmas season.

“I’m not sure the exact percentage but I would estimate that business is up 100 percent over last year. Last Thanksgiving weekend, the taxi industry was open but visitor arrivals were almost non-existent.  There were a few guests coming in here and there. The industry was at rock bottom.”

Back in October, Transport and Housing Minister JoBeth Coleby-Davis noted that The Davis administration has followed through with the reversal of self-drive (SD) or rental car plates to their original white color.

According to Coleby-Davis: “The SD and taxi plates were the same color, yellow, by error. Because the international standard recognizes yellow as taxi plates, it was the SD plates that we ended up changing the color for.”