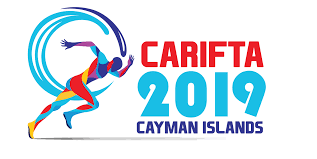 NASSAU, BAHAMAS – With the 2019 Caribbean Free Trade Agreement (CARIFTA) Track and Field championships less than a month away, The Bahamas Association of Athletic Associations (BAAA) is set to host its CARIFTA Trials this weekend at the Thomas A. Robinson National Stadium.

The trials will get underway on Friday at 5 p.m., and continue on Saturday starting at 2 p.m. at the stadium.

“We are at the ultimate step of getting to the trials, which we expect to be a truly exciting event,” said BAAA president Drumeco Archer.

“There are some athletes who have yet to qualify that we expect to qualify. We do believe that the head-to-head competition will change the landscape and look of the team. Of the 40-plus qualifiers to date, only 10 of them made previous teams, so, we are excited to have a lot of new athletes making up this team.

“If you look at where we are today, we have exceeded all of our expectations, in regards to qualifiers up to this point. We also want to point out, that anywhere that you have an oversubscription of qualifiers in any one event, it is standard that we carry just two. Now, that athlete may be able to qualify in a similar event that there are no qualifiers. But, as we’ve mentioned, just because you qualify, it doesn’t mean you get an automatic berth on the team. If we fail to get qualifiers at the trials, then we will look at past competitions.”

“When I did the count, we have 370 athletes that could potentially qualify,” he said. “I think that gives an indication of a high number of athletes coming from the Family Islands. In fact, the count was in excess of 100 at that point.”

A number of collegiate athletes are in the early stages of their outdoor seasons. Some of them will be competing this weekend for their respective schools, and will therefore miss the trials. Archer said that consideration will also be given to them when they ratify the team on Sunday.

The 2019 CARIFTA Games take place in the Cayman Islands, and over 500 athletes are expected to compete in the event.