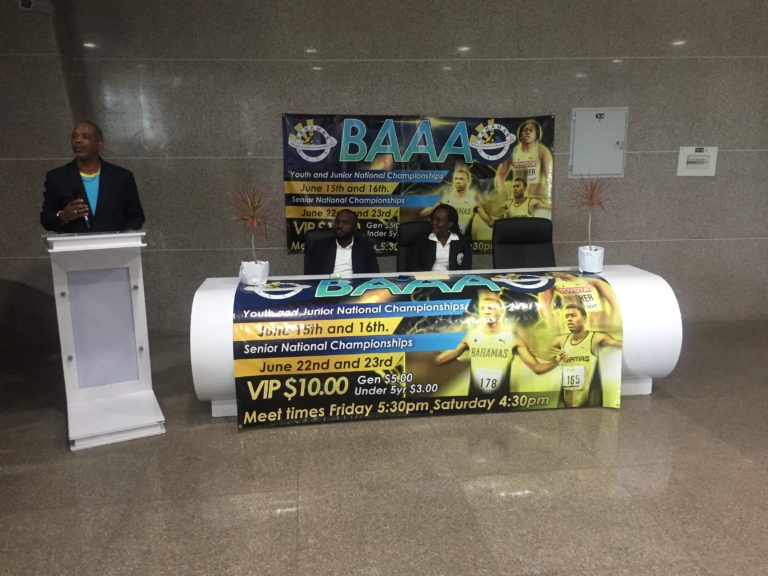 The Bahamas Association of Athletic Associations (BAAA) announced the beginning of its National Junior and Senior Division Championships Wednesday, which according to BAAA President Rosamunde Carey, will be one of the most scintillating and memorable to date.

Carey noted that a number of events have been planned leading up to the championships, which are promised to keep the audience captivated over the next week and a half.

“This is a championship you do not want to miss because what they are bringing to the table is going to eclipse what we have done so far,” said Carey.

She also mentioned that in the past, the national championship was just for athletes to qualify to make national teams.

The BAAA nationals kick off this weekend, beginning with the junior division on June 15  and 16, while the senior division will take place June 22 and 23 at the national stadium.

General admission for the event will be $5 and $3 for kids. VIP tickets are priced at $10.