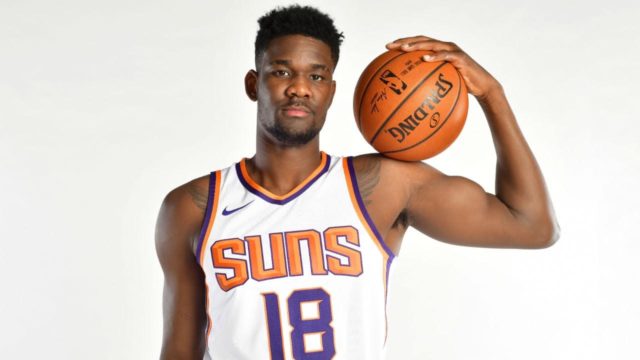 Top pick in the 2018 National Basketball Association (NBA) Draft Deandre Ayton is setting some lofty expectations for his rookie campaign.

Ayton, in an interview with Yahoo Sports on Wednesday, said he’s aiming to be named as the Rookie of the Year for this season. On top of that, he also has his sights set on making it to this year’s All-Star game as well.

“I’m trying to be Rookie of the Year and the first rookie since Blake Griffin to be an All-Star,” Ayton told Yahoo Sports.
“Just putting that pressure on me so I can go hard every day. I won’t necessarily say it’s pressure. I’ll just say it’s one of my goals or one of the achievements I hope to accomplish. It’s no pressure at all, it’s just, you’ve got to be in the gym, you’ve got to work because if you don’t, it’s going to be exposed.”
The Phoenix Suns have not had an All-Star since the 2011-12 season when Steve Nash represented the Suns in Orlando.
If Ayton is successful, he would follow the likes of Yao Ming, Tim Duncan, Shaquille O’Neal, Dikembe Mutombo, Patrick Ewing and Hakeem Olajuwon as some of the best rookie centers to make the All-Star team.