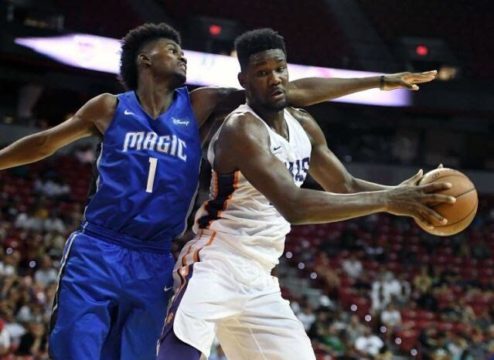 Deandre Ayton this week was named as one of three finalists for the National Basketball Association’s (NBA) 2018-19 Kia NBA Rookie of the Year Award.

Ayton will vie against fellow nominees Trae Young, from the Atlanta Hawks, and Luka Doncic, from the Dallas Mavericks. The winner of the award will be announced on June 24 at the NBA’s annual award show in Los Angeles, California.

The No. 1 overall pick had a strong showing in his rookie campaign. He averaged 16.3 points and 10.3 rebounds per game. He finished with 39 double-doubles, which was a Suns rookie record. He also set a new Suns rookie rebounding record with 729 total.

He set a scoring high of 33 points in a game against the Denver Nuggets on December 29, and had a season-high 18 rebounds on three separate occasions