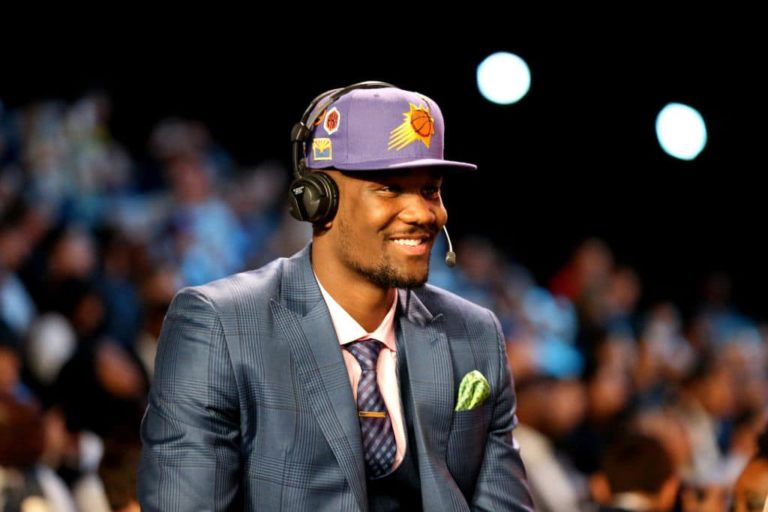 Just one day after being selected the first pick of the 2018 National Basketball Association (NBA) draft by the Phoenix Suns, Deandre Ayton said he is already focusing on how he can make a big impact early with the team.

Ayton dominated the competition in his sole collegiate season at the University of Arizona, averaging 20 points and 12 rebounds per game for the Wildcats. He’ll get his first taste of professional action in the coming weeks when then NBA hosts its annual summer league, which was designed to showcase first and second-year players.

“I just want to come in and be the best teammate I can be, especially the best two-way man coming in,” Ayton said.

“The game is changing a lot, but I just want to stick to the old-school big man, being down low and really trying to be dominant.”

Ayton added that he feels he can form a Kobe and Shaq type duo with Suns guard Devin Booker that can take the team to the next level.

The Suns haven’t made the NBA playoffs for the past eight seasons.

“Basketball is really changing, so the two-man game is really hard to stop,” he said.

“Having a guard like Devin Booker, who can really score the ball, and me being a big man who can really pick-and-pop, very versatile – that’s very dangerous.

“The team in general, is a very young and hungry team. We just have to stick together, get a great chemistry and start a winning legacy in Phoenix.”

The NBA Summer League kicks off on July 6 in Las Vegas, Nevada. The Suns will open against the Dallas Mavericks on opening day at 6:30 p.m. and again on July 7 against the Sacramento Kings.

The Suns are also scheduled to face the Orlando Magic on Monday, July 9.

Following these three contests, the Suns will play at least two more games as part of a tournament-style schedule, to determine the NBA Summer League 2018 Champion.